This week’s Sober Story comes from Julie, a 56-year-old living in the North West of England.

Julie: Seven years with the help of AA.

Julie: My life had shrunk considerably, I never drank before 6pm at night and some nights I wouldn’t drink to prove to myself that I didn’t have a problem! By this time I felt generally ill all the time (I always had a hangover) and just that ‘hole in the soul’ feeling. Depressed, anxious hiding it all under a pretense that ‘I was fine’.
Isolating from my friends, mainly because I couldn’t guarantee my behaviour if I went ‘social drinking’. I never knew whether I would have two drinks or a hundred and two, drinking became like Russian roulette for me. I would wake up in the morning and check my phone, just in case I had indulged in ‘drink and dial’. I would ring round people if I had been out to check their reaction because I often could not remember huge chunks of the evening before although I had been talking and moving around. Blackout was a feature in my later drinking, although I know this isn’t true of everyone and I could appear as if I wasn’t drunk! I began to turn up late for things and was often not in a fit place to think/work. I can’t tell you then amount of times I went home early ‘not well’ or relied on others to do my work for me. I was irritable, bloated and didn’t look or feel great. I attributed my general anxiety to ‘stress’ and drank more to ease the feeling. I never connected the anxiety and low mood to the fact that I drank so much! To me at that time drink was the cure not the cause.

Julie: There had been a number of incidents where I had said things that I couldn’t remember saying to people that I cared about. I could be very cutting and hurtful and had no recollection of saying or acting this way and when this was reported to me I was horrified. It wasn’t who I was. In fact I don’t even agree with the things I said! Then one night I got drunk with the lads who had been doing some building work next door, they had been doing this for months so I had got to know them – taken them tea etc. When the project was finished I invited them to join me in a celebration drink! This turned into a red wine/vodka fest and they all gave up and went home! My neighbour’s wife helped me to bed and they walked and fed my dog, locked my house and pushed the keys through the door. I had not insulted anyone or behaved really badly but when I woke up the next morning with the world’s worst hangover I knew it was over. The crippling shame did it for me. I just couldn’t do it anymore. Whatever my intentions were when I started drinking they went out the window once I’d had the first drink. I googled AA and went to a meeting that very morning.

Julie: I turned up thinking the place would be full of tramps, it was like a PTA meeting! Lots of laughter, lots of stuff I had NO clue about. I just knew when they started talking that I felt like them. I was so ashamed of myself in the first month that I just didn’t drink and went to meetings. It was most difficult when the evening stretched out ahead of me because of course I had always started to drink around 6pm. I ate a lot of sweet stuff and went to meetings. I cried. A lot! I did keep out of pubs and places where drink was involved. I walked my dog.

Julie: They spat their coffee across the room! I think a lot of people thought I wouldn’t do it. They had seen my massive enthusiasm for ‘healthy’ projects before and were waiting for me to move onto the next thing… when they realised that I meant it and that my drinking had driven me to despair, they were totally supportive. If some friends were scornful, I avoided them. I didn’t tell people I was in AA as I thought it was such an admission of weakness. I realise now that going to AA was a strong decision.

Julie: Thankfully not, and I don’t think its mandatory! But I believe that’s partly because I was 52 when I stopped drinking, I had stopped loads of times before that but I couldn’t stay stopped. For me, I needed support and I needed the model of others who were living life sober and happy. I didn’t want to be a miserable sober person. That would have been just as bad as being a miserable drunk without the oblivion!

Julie: Initially a couple of months, but then if I’m honest the mood swings took about a year, it was all about learning to live sober and to deal with life without numbing myself. Physically I felt so much better within a week! I loved it, the mornings were great walking my dog and just knowing how it was to feel healthy without that hangover droning away in the back of my brain.

Julie: I kept away from drinking situations for a few months.
It was tough for me at first, but I listened to sober friends who told me to always have an escape route. At first I used to sit there through dinners and pub sessions listening to my friends get pissed and tell the same story over again or get louder or just stay there for hours! I hated having to explain myself about not drinking, sometimes you would think I was admitting to murder! Those people who felt the need to explain their own drinking were annoying , as if my not drinking was some sort of endictment of their own consumption! I people pleased a lot at first, I would hand over wads of cash to pay my ‘share’ in restaurants even though most of it was booze! Now I don’t do that. If I go somewhere and I am the driver then I explain that I am very glad to give people a lift but I will be leaving at around X time and if they want a lift home that’s fine, but I if not they need to make other arrangements. I set my terms on stuff before I go, that way I don’t sit there muttering darkly because people are keeping me hanging about! Now everyone is used to me not drinking. They know I can be a laugh without it and that’s great.

Julie: How much I avoided life as it was, and accepting that life and enjoying it. I always wanted the next thing and the next, never content with my life. How controlling I was (I’d always known I was a control freak but not to the extent that I was!) Also how harsh I was on myself and others.

Julie: I rarely have anxiety these days – if I do its usually because I am doing something that doesn’t fit well with me, or I am not doing something that makes me feel good. I have learned to say no and not over explain or feel guilty about it. I know what I did last night and who I was with, I can enjoy experiences and remember them.
I have met lots of new friends and my life feels full.

Julie: I have peace of mind. I don’t have the fear of the future or the worry and stress that I had. I am so pleased that I am creating a life from which I don’t want to escape.

Julie: No because even when I screwed up I learned something. I just wish I had done it twenty years ago. However I also believe that we get to where we want to change when we get there. That’s why all those people who asked me to cut down, or lose weight or stop smoking went ignored. I did it when it was the time for me to do it!

Julie: Nothing in my life ever improved by pouring vodka on it. It might have disappeared for a while but when the vodka wore off life was still, annoyingly there. I can do anything I want to do today, the only thing I can’t do is drink alcohol. That freedom is priceless to me. 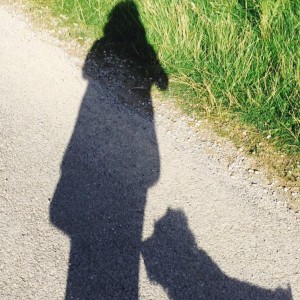