Today’s Sober Story comes from Marylyn (@marylourocks), a 52-year-old living in the Catlins in Southland.

Marylyn: I am pleased to say that I am now 3 years sober and I love it.

Marylyn: Mmmmm where do I start? So after a long stint of drinking which started in my teens I then stopped for about ten years whilst having my five babies. Gradually I started drinking again, moderately at first then by the time I gave up I was drinking two bottles of wine plus or the equivalent in cask each night. Sometimes the hangovers were so severe that I had to call in sick to my work at a school, other times I would hope like hell that my colleagues would not notice that I was hungover or smell the booze from the night before. I was always the life of any party, but only because I was the one doing ‘drunk’ things so people could laugh at me or I’d be the one they’d talk about for the next week. I used to think that I was ‘cool’ (for a better word) and that people liked me for who I was but no, I was their laughing matter. I am a musician as well in my spare time and the drunker I got (yes, at gigs I would get drunk) the better I thought I played, how wrong was I???

Mrs D: What did your family think of your drinking?

Marylyn: My kids would cringe with my behaviour but I always thought that they never saw it or heard the arguments or my loud drunken singing in the lounge but they did and it’s only now that they have spoken about it, like the time I arrived home really drunk and fell into the Christmas tree breaking some of their presents.
When I turned 40, the way alcohol reacted on me was different, I went from fun, happy to angry, sad in a split second. The stupid arguments I had with my hubby when I was drunk were horrible and I cannot apologise enough to him for that. I made his life hell but he’s stuck by me. I’ve always been around big drinkers so didn’t really think I had a problem, that I was ‘normal’.

Marylyn: There was a few lead ups but the final straw was at a friend’s 25th wedding anniversary at a local café. I got drunk as per usual, and then my brother in law (who was drunk too) and I had a massive loud argument which resulted in me storming out in front of everyone in tears. I was mortified the next day that this was yet another celebration I had totally ruined through my drinking, I had ruined so many special occasions for other people, then I saw Mrs D’s documentary on TV and I thought, yes, this is me and signed up a couple of days later and never looked back.

Marylyn: Bloody hard. Those first few weeks were torture. I lived on the Living Sober site basically 24/7. I made online friends but the biggest support I got was when I found a ‘twin buddy’. Hetti had started on the same day so we buddied up and everytime I felt like I was slipping, she’d be there encouraging.

Marylyn: Hardest part was partying. A few days after I joined Living Sober it was my hubbies 50th party. I was very vulnerable and felt like a bit of a freak with my diet coke but then looking around, I realised that not everyone was drinking large quantities, in fact, most people were being very sensible. This was the same party that one of the guests thought I was being dull and boring and spiked my drink, thank goodness my daughter saw it and warned me. So yes, saboteurs are lurking there too.

Marylyn: For the start, I only told my hubby and my youngest daughter (who really didn’t like me drinking) and they, especially my daughter were super supportive. My hubby is a big drinker so that was really hard for me at the start. Gradually I started telling people but I made up stories for a start, ’I’m on antibiotics; I’m driving” that sort of thing then suddenly I thought, bugger it, I am an alcoholic (I still hate that word but it’s the truth) and there is no shame in that so I started telling the truth and the support (apart from a few) has been amazing. I have lost a few so-called friends because of my sobriety but I guess they weren’t real friends and I’ve gained back a couple of friends who knew I was in trouble and stuck by me even though I was a super bitch to them. We have a couple of (sober) alcoholic friends who I didn’t actually realise in my drinking days that they were alcoholics and they have been so incredibly supportive. They often ask how I’m going and I know they are there if I ever need advice as they have both been sober over 30 years.

Marylyn: Never, but a couple of close calls. Sometimes it just creeps up on you. There was this one time recently that I was so close to relapsing it was scary. All day I couldn’t stop thinking about having a wine. On the way home from work, which happens to go past the pub, I did the internal debating of will I or won’t I. I had my indictor on to turn into the pub and then out of the blue I got a text from my day twin about something totally random and that was enough to stop me. That urge never goes away, it gets deeper and deeper so that we think it’s gone but then like a bolt it appears. It’s how we deal with it that matters.

Marylyn: Like I said, the first few months were hell. It was sort of like a death of a loved one, all those firsts without them…..first party, first Christmas, first birthday etc. After that it got easier. So probably after the first roller coaster year when I was learning to love myself and deal with my emotions then it suddenly felt like I’d arrived at a place that I liked.

Marylyn: To be honest, not as hard as I thought it would be but still very hard. The idea of actually socialising without a drink scared me but then I realised, socialising isn’t about the drink, it’s about the people, meeting new ones and catching up with old friends. Best thing is that I can remember the conversations now.

Marylyn: Numerous things, I’m still a lively person, still the life of the party but now sober.  I can talk to anyone, I don’t need a drink to give me courage. I can still have a fantastic time without alcohol. And…..I play way better music sober!

Marylyn: My life now is amazing. Most of all, it’s the ones around me that love the sober me. I wake up and love the sound of the birds outside my window where as before I would just want them to shut up as I had a massively sore head. The fact that I wake up refreshed from a good night’s sleep is fantastic too. I am now not moody and my marriage is back to being wonderful. Probably the biggest thing is my kids, they are all super proud of me and often tell me that they just love the sober me. I even managed to celebrate my 50th party sober and still stayed up to the early, early hours dancing. I now have grandkids and for them to see me sober is a big thing for me. I want to be a good role model for them.

Marylyn: My marriage, my family and my friends. I was losing the lot but now I’ve got them back and I love it. Also my work has benefited from becoming sober as I’m fully engaged with my students and giving 100% to them.

Marylyn: My only regret is I didn’t start this journey earlier but we can’t change the past.

Marylyn: My biggest advice would be never give up no matter how badly that voice is telling you to take a drink. I won’t lie to you, it is hard, at times it’s excruciatingly painful but you know what? The benefits outweigh anything that’s thrown at you, you actually get your life back and the respect of those around you. Some people moderate and that is their choice but for me, it’s all or nothing and I’ve chosen nothing. No one can tell you how to do it as we are all different and our lives are all unique but giving up alcohol is one thing we have in common so however you chose to do it, go for it. Living Sober is the most beneficial site EVER to help you on your way. It’s like a 24/7 councillor (well 5000 of them actually) and without LS, I don’t think I would have made it this far plus not to mention all the cool lifetime friends I’ve made on here.

Marylyn: I’d like to personally thank Mrs D for this amazing site and for her interview that changed my life forever. Be strong, be happy and be sober. 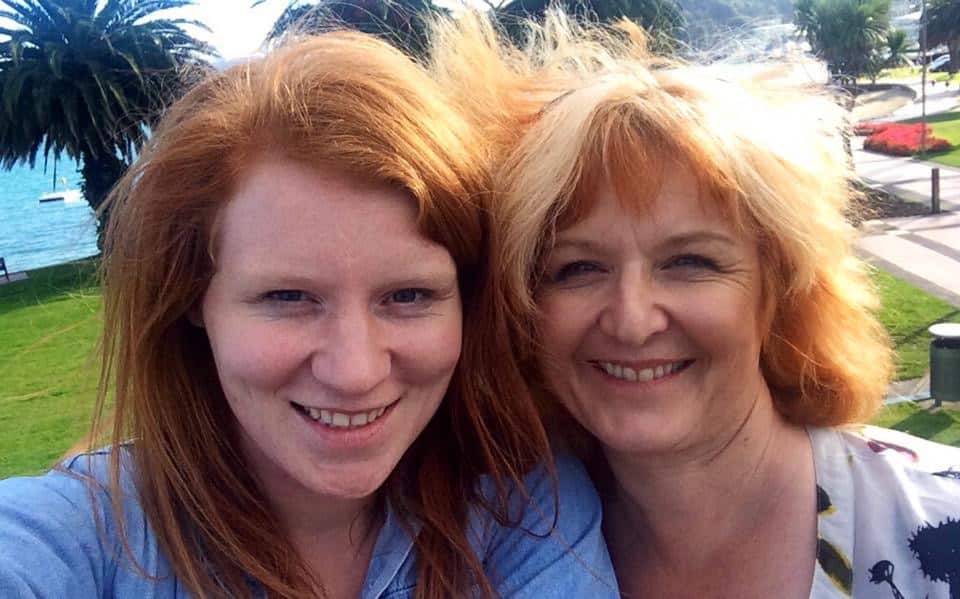