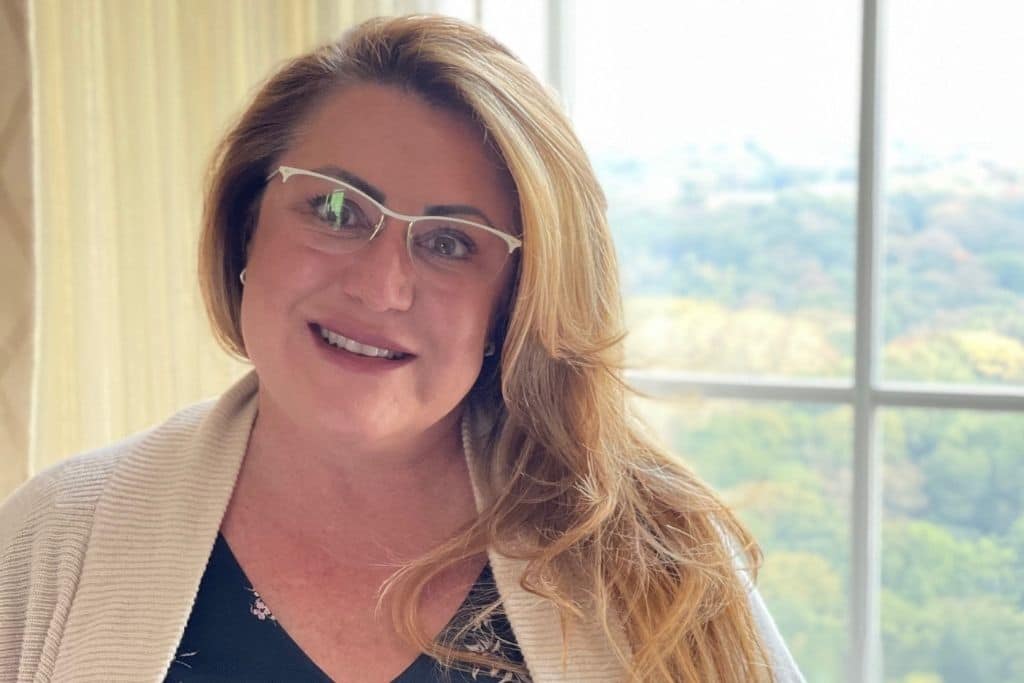 This week's Sober Story comes from Marnie, a 52-years-old living in Scottsdale, Arizona.

Marnie: Towards the end of my addiction my life was an absolute disaster!! My husband of 23 years walked out the door (frankly, I’m surprised he didn’t leave sooner), my three children were not speaking to me, and I was hopeless and lost.

Marnie: The final straw was spending three days sitting on the floor in my bathroom. I was literally paralyzed with fear, I couldn’t move and I had finally had enough!

Marnie: I had a very difficult time when I first got sober. I spent 90 days in an inpatient treatment facility and felt like a frightened little girl when I came home. I was single for the first time in my adult life and my children were so angry and hurt they wanted nothing to do with me. I was spiritually, emotionally, and financially bankrupt! I was terrified to leave my home and even more terrified to go to meetings. I did of course because I had promised my counselor in treatment that I would get a sponsor within one week of discharge, so I did and that is honestly what saved my life!

Marnie: For a long time in early sobriety I was viewed as the “identified patient”. Still to this day, family members will refer to me as the “messed up” one or “flakey”. I remember at about 4 months of sobriety a group of women from my children’s school and neighborhood approached me after hearing I had been in treatment. They told me I was officially kicked out of the car pool.

Mrs D: Gosh, that's shocking. The level of misunderstanding about recovery and judgement about addiction.

Marnie: At the time I was devastated but I remember thinking, “They’re kicking me out now? I’m sober! They should have kicked me out when I was still drinking and hungover driving their kids around”!

Marnie: At 18 months of sobriety I relapsed. Even though I had been going to meetings daily, I discovered that my husband was moving in with the woman he had been having an affair with. I used it as an excuse to drink, it wasn’t!

Marnie: Things didn’t calm down for me until I decided to calm down and fully accept that I am an alcoholic and I can never safely drink again. It was when I completely surrendered and truly worked the steps that I found peace at last. The first two and a half years of my journey I was still “fighting everything and everyone”. Acceptance was pure, joyful, blessed FREEDOM!!!

Marnie: Socialising sober was actually quite easy for me because I only associated with sober women from my meetings. I went to holiday picnics, AA round ups, sober retreats for women, and Big Book studies only for the first five years of recovery. I was terrified to venture out too far from my tribe, AA was my home and my safe place, so that’s where I stayed!

Marnie: When I stopped drinking I learned that I had a lot of trauma from childhood that had never been dealt with and was driving every decision I ever made. I also had ZERO coping skills. I used alcohol to cope for a very long time, it was the only coping skill I had. I had very low self- esteem and even lower self-worth. Alcohol created a false sense of reality for me, when I got sober I had to introduce myself to ME and for the first time in my life, I could identify who I was and what I wanted.

Marnie: My life has changed DRAMATICALLY!!!!!! At around 3 years of sobriety I decided to go back to school. I was over 40 years old and had never been a good student and I was terrified. My sponsor suggested I begin with one class online. I signed up and aced it. She suggested I take two more classes online, same results! Next, she told me it was time to go to the big-girl campus and suggested I sign up for two classes at a community college. I was very insecure and felt “less than” as all the students were 20+ years younger than myself and much faster at typing and anything related to the computer. I kept moving forward, one step at time, one day at a time, until I had taken all the classes I could possibly take and had earned my Associates Degree. I registered at ASU the following semester and spent the next 3 years navigating a large university and dividing my time between ASU and AA meetings. It’s literally all I did! After completing my Bachelor’s Degree in Psychology I applied for a Master’s in Counseling program at the University of Phoenix. It took me almost four long years, but I also completed that program and today am a Master’s Level, Licensed Professional Counselor!!!! I recently opened a private practice called Saguaro Behavioral Health and have applied for licensure to run an Intensive Outpatient Program. I specialize in addiction counseling and work with individuals, couple’s and families. I am living a dream beyond anything I could have ever imagined!!

Mrs D: Epic! Can you pinpoint any main benefits that have emerged for you from getting sober?

Marnie: The main benefits that emerged from getting sober  are self-love, gratitude, and humility. Every night when my head hits the pillow sober, I thank G-d for my blessings. I have learned to love myself and honor myself. I often will refer to myself as a sober woman in recovery in who lives her life with much dignity and respect!

Marnie: I would not change one thing in journey of recovery because everything that has happened, has brought me to where I am today!

Marnie: The only advice I have for newcomers is to stay close to the rooms (if you're doing AA), “do the next right thing” in front of you, and be kind to yourself through this process. Also, hold on to your hat because your life is about to get so good, beyond anything you could ever imagine!