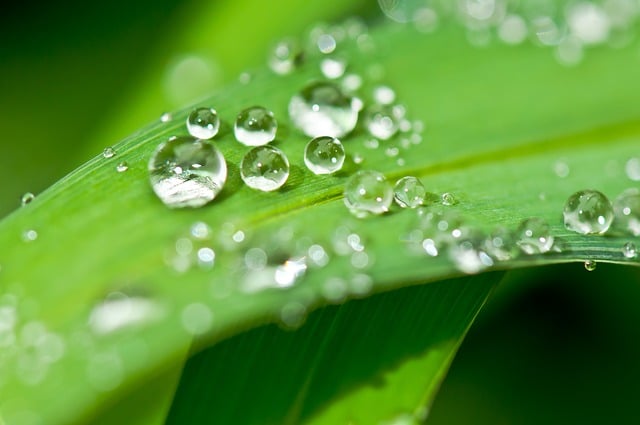 This week's Sober Story comes from Kate, a 59-year-old living in Christchurch.

Kate: I have been in recovery for nearly 4 years.

Mrs D: How were things for you towards the end of your drinking?

Kate: The last years of my drinking  were characterised by heavier and heavier drinking leading to blackouts, frequent rows with my husband on the subject, the hiding of bottles (and seeking endlessly inventive ways of disposing of them), and making monumental efforts to disguise the ravages of the night before, each morning before my teaching job. No amount of makeup or pretty clothes ever did it, really, but boy did I try! I could never remember what had happened the night before, so would constantly be playing catch up as to events/discussions while pretending I knew everything anyway. A constant refrain in our household was “I TOLD you that, don’t you remember?”

Mrs D: What happened that finally led you to quit?

Kate: The final straw that led me to get sober was the disappointment shown in me by my (then) teenage children, and them increasingly turning to my husband for comfort after my erratic behaviour. That, and my younger daughter’s fear of me when I was drunk because of the different (argumentative and aggressive) person I became. In addition, my alcohol; consumption/vomiting over the years led to a diagnosis of Barrett’s Disease - a precursor to oesophageal cancer.

Mrs D: How did things go for you after you stopped?

Kate: The early days were difficult, there’s no denying that, especially the evenings which seemed interminably long. My answer to terrible cravings was to go to bed, even late afternoon. Bed became my refuge; usually after preparing dinner, off I would go. The frank conversations I had with my husband and children had to be had, and they were also difficult but provided me (and them) with a starting point. One irony of the whole ‘addicted to alcohol' story, was that when trying to give up smoking in my 20s, I found that was when I started drinking far more than I usually did. Instead of having a drag on a cigarette in social situations, I’d have a gulp of wine instead, and another, and another… thus trading one addiction for another. Incredible.

Mrs D: I used to always be happy if some pot came out as getting stoned would stop me drinking. Crazy. How did you find socialising sober?

Kate: In the early days of sobriety, I over thought everything ie: "I can NEVER have fun any more", "I can NEVER toast my daughter at her wedding with champagne" (she was 15 at the time!), "I can NEVER socialise ever again" and "How in the world will I ever take the edge of my huge anxiety levels?" I found it difficult to go out socially at first, not because I thought I’d give in and drink, but more that there really seemed no point at all without alcohol. Why would I want to meet friends for Friday gins? Or go to a work do in a bar? Or be faced with orange juice at dinner parties, as nothing more interesting was ever provided? Eventually, finding delicious and ‘interesting’ alcohol free wines (Edenvale Sparkling Cuvee and Ariel Cabernet Sauvignon) beer (Clausthaller) and spirits (Seedlip) made a lot of difference. As long as I had something yummy in my hand that LOOKED like the real thing in a proper glass, I was ok, and friends now even provide them for me

Kate: Yes, I have relapsed a few times but only ever a glass or two, and usually far less. The guilt, fear, shame, disgust and general self loathing usually saw me see sense fairly quickly, and I would take an Antabuse pill the very next morning. My willingness to take Antabuse (usually after I woke up) has helped me enormously as it “stops the thinking’. If you take a pill you simply can’t drink, it’s as simple as that. I HAVE tried believe me, but turning bright red, feeling giddy and faint and projectile vomiting tend to put you off a bit! So taking the pills regularly has become part of my life.

Mrs D: How long did it take for you to start feeling better?

Kate: It probably took a few months to get through the worst of the cravings (why isn’t Naltrexone freely available in NZ? I tried to get a prescription to help with the cravings, and it was going to cost about $400 as isn’t subsidised unless you go to residential rehab), and my fears and misery that my life was effectively over.

Mrs D: What reaction did you get from your friends and family?

Kate: My family was, and always have been, extremely supportive, as were the few friends I told.

Mrs D: Is there anything surprising that you've learned about yourself since you quit?

Kate: The most surprising thing I have learned since I stopped drinking is that actually I’m quite clever, organised and funny. I despised myself for so many years and thought of myself as stupid (very), hopelessly disorganised and terribly boring – and actually I’m none of those things.

Mrs D: Can you summarise how your life has changed?

Kate: My life has changed immeasurably, it really has. Probably the greatest of many changes has been the enormous sense of calm that envelops me these days. Yes life sucks at times, but for the first time in living memory, instead of escaping bad times, I calmly deal with them to the best of my ability.

Mrs D: Any other benefits that you can pinpoint?

Kate: Valuing myself more, and those that matter to me. I have developed an intolerance of wasting my time on people/events that ‘don’t do it for me’, so I simply don’t. Another benefit has been the respect shown to me by family and friends  - they are very impressed by my resolve and sticking power, and know it hasn’t been easy. Also my clarity of thinking, and wonderful, wonderful sleeps! No fear, shame, disgust and self-loathing any more for this chick!

Kate: Would I do anything differently if I had to start again?  I would give myself permission (without any guilt) to go to bed early, turn down that party invitation, have that massage, and buy that pretty dress. It’s a tremendous achievement becoming sober, yet because of the stigma, you don’t tend to shout your success from the rooftops. A shame really, as it’s one of the greatest achievements of my life!!

Mrs D: Any advice to those who are just starting out on this journey?

Kate: All of the above is my advice. Be kind, be VERY kind to yourself. Treat yourself in any way you can, because you are worth it. Self-care tends to come way down the list for many women, but putting yourself at the top of the list sometimes, is your right as a wonderful, unique human being. Treats are very important! Online support groups like yours and Sober Sisters also invaluable.