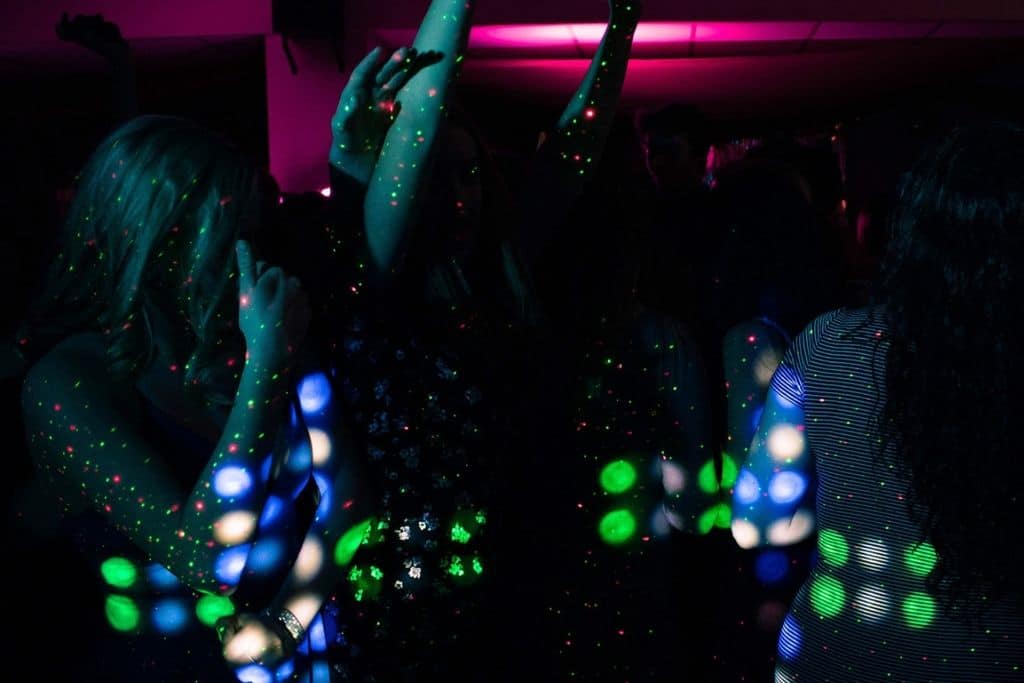 This week's Sober Story comes from Jo, a 46-year-old living in Auckland.

Jo: I had been a big drinker for years and after having my two daughters I still was but I was ‘managing’ it. However after I went on a radio junket to Fiji, which I thought would be three days of total relaxation, I found myself gravitating to a group of people who were all big drinkers and I drunk myself stupid all day and night. After returning home I continued to socialize with these people and my drinking escalated to out of control proportions.

Jo: I had separated from my husband and was trying to get sober but wasn’t truly committed. I wasn’t ready to live life without it yet but I knew it was creating havoc. I attended a wine awards evening (great thinking eh?!) and that night drank myself into oblivion. I was in (what had become a normal state of functioning) an almost blackout state, when I suddenly realized I was back home and had brought with me a man who I knew to be married with children. I was mortified and disgusted in myself and threw him out and locked the door (he must have thought me completely crazy) and sobbed hysterically. The next day was my sister’s 40th and I was supposed to go to a concert with her that night. I had to tell her I couldn’t make it. I couldn’t go into work either (I owned a restaurant) not because I was too hung-over - I had worked through many, many hangovers over the last 10 years - but because I was truly ashamed of myself and had come to realize that I had hit rock bottom with my drinking. This was it. I was officially recognizing myself as an alcoholic.

Jo: It was hard. So very hard. I truly believed I would never ever have fun or enjoy life again. I attended AA because I promised a friend (my husband now) that I would. I remember pulling up outside the church where it was being held. I had chosen the most affluent suburb to attend so did not have to associate with ‘losers’! Of course the first session I attend they have lost the key to the hall so I am forced to stand outside with these alcoholics whilst they drag on cigarettes like it’s all they have left going for them. I kept telling myself, you are not like these people, you don’t belong here. Finally we gained access and for some reason there was only a small group, which later I realized was unusual, so we sat in a circle. Before I knew it I found myself announcing “Hi, I’m Jo and I’m an alcoholic” and I stared crying my eyes out! That was when I knew this was it. I only went back a dozen times or so, mostly it was just the benefit of hearing others stories that kept me going, they were worse than mine and I guess that gave me hope. Eventually I stopped going because I felt I could do it on my own and I knew I wasn’t committed to the full 12 steps approach, the slightly religious tone did not personally work for me. The weeks and months following were challenging, especially given I was in the restaurant trade so I was always around alcohol. But I had become determined. Determined that I was going to become someone my daughters could look up to, be a mother who would be available at any time of the day or night without the worry of whether I had been drinking. I knew a better me hid within and that I didn’t even know who I was anymore. It was time to stop hiding behind the bravado of alcohol.

Jo: I think probably surprise and disbelief that I would be able to do this. I don’t think my family fully understood the extent of what I had become. We all drank socially and I guess it had become normal. I know my older sister was probably relieved but I imagined she didn’t think I would stick to it...I didn’t have a great track record. Other family members congratulated me but I think felt challenged because it made them think about their own drinking and they didn’t necessarily want to confront that. Retrospectively I can’t believe that none of them had ever confronted me. I had even crashed my car in peak 6pm traffic one night, driving after a 4-hour boozy lunch and still no one thought to ask the question “Do you think you drink too much?” It was just such a normal part of our life. As for friends, I didn’t have many true friends left. All my ‘friends’ were from within the industry and were really just acquaintances and those friends outside were mainly my ex-husbands friends or people who gravitated towards my party girl persona. Again I think all it did was make people look at their own drinking and they didn’t want to be around me as I was no longer the gauge. Before they could always be comforted that I was the worst in the room!

Jo: Not since that AA meeting 11+ years ago.

Jo: It was awful! Initially I had to drink lemon, lime and bitters from a flute so I still felt like I had a bubbly in my hand and so I didn’t look out of place. I felt so self conscious and I struggled to make conversation and to just be. I really didn’t know who I was as I had been drinking since I was 16 so I had to get to know myself and it was hard to do that amongst others. Now I LOVE that I can engage in a conversation and actually follow it and intelligently contribute!

Jo: Yes. That I am actually quite a kind and nice person who can engage with other people and actually listen instead of being the centre of attention! That my staunch, angry, forthright persona was not actually me but a person sculpted and molded by my drinking.

Jo: I remember my first AA meeting they said it will change your life beyond your wildest dreams and they were so right!!!! I thought they were mad but here I am now helping my husband run a charity, I’m a hands on mum who is there 100% for my girls any time of the day or night. I am engaged, I am in touch with them and with what is happening in their lives, I can volunteer to help out as a parent on trips or rowing regattas and I married a man who can love me sober! And I had another baby...I don’t think the old selfish drinking Jo would have been prepared to go sober again to mother a wee one. I am open minded to all aspects of life now and read and seek out wisdom of others for self empowerment.

Jo: I like myself. To like myself is immense. I am still hard on myself but because I can look in the mirror now and actually meet my own gaze I can hold my head up high and know that I am a good role model for my family.

Jo: Nothing other than owning up to it a lot earlier!!! The process was what it was supposed to be for me, it had it’s ups and downs but I think no matter how you go about it there is no perfect way.

Jo: BELIEVE! Believe that it will be a MUCH better life. BELIEVE that you will have fun again as a sober person. BELIEVE that you will love yourself so much more and so will the people who genuinely care about you. Those who drop off were never real anyway. It is a hard journey but the best you will ever take and you will be filled with gratitude by the end. Take it one day at a time, as they say. When you make it to bed sober congratulate yourself and look forward to doing it all again the next day. Before you know it one year will pass, then 2 and soon you will not be congratulating yourself each night because it will become normal to go to bed sober!