This week’s Sober Story comes from Jill, a 62-year-old living in Nelson.

Jill: I had already given up the binge drinking in public places, bars etc. so I had got it down to just drinking at home. However I became so locked into that and needed to be a lone drinker not wanting to drink with others. The starting gun went off at 6pm and I drank only until dinner time – the problem was dinner could be at all hours of the night!

Jill: A young family member had a bad night on the booze, his mum asked me to have a talk with him and while I was giving him ‘counselling’ I said to him “I can’t talk to you about drinking when I have an alcohol problem” and in that moment I vowed never to drink again. He did too but unfortunately only lasted 6 weeks – why? Because he did not really think he had a drinking problem – he still drinks too much and probably won’t address it until he has another crisis.

Jill: I hate to say this but I never looked back! It was so damn easy I felt guilty because I always expected there would be more pain for the gain. Having said that I had a year of counselling a year prior to giving up and had gained an understanding of why I needed to drink every day. So I was actually relieved when I made the final decision to stop, relieved and so committed.

Jill: My close family were delighted and I have to say I was damned proud of myself. Others had no idea of my problem because I hid it so well and I am surprised when I do talk about it just how many are worrying about their own drinking habits.

Jill: No relapse! I had made the decision never to drink again and I did not want to go through the procrastination involved in me giving up in the first place.

Jill: It happened quickly because I was ready after having been in counselling for a year and so determined. At the same time as I stopped drinking I also joined the gym and started seeing a personal trainer. I saw him weekly for four years .. and from both of those things combined I lost 40kilos, got incredibly fit and came off around 8 medications as well … so I think the desire to be healthy also played a part in my giving up. You see, I was not just addicted to alcohol, but fatty food as well.

Jill: I don’t go out socialising at night any more as I just enjoy being at home – however as I have made the commitment to stay dry the family gatherings where there is alcohol are no problem whatsoever.

Jill: How strong my resolve is when I make my mind up to do something that previously I thought I couldn’t do.

Jill: The freedom from not having to organise my whole day around the “daily start gun” that went off like clockwork at 6pm every day. I always had to be aware of the time and what supplies I had in stock. I never went to so many family gatherings because they ate too early and I could not adapt to fit in with them. Now I am free to choose where I go and when.

Jill: What I really appreciate now is the freedom to accept invitations without time restraints. The freedom to eat my dinner at a time I choose. Being able to remember every conversation I have after 6pm. Not having to avoid people the next day. Waking up in my own bed. Being nice to my family. The list of positives goes on and on. I cannot think of a single negative affect of me not drinking. Oh and the financial gain!

Jill: I would have got counselling years before I did and then I would not have developed the 25-year-long daily habit in the first place.

Jill: Get some professional help before you give up. This will give you an insight as to why you drink, and the strength to give it away. And don’t give yourself too much pressure! Give it away for yourself, not to please other. And be kind to yourself, don’t try to do it alone. If you need some help ask for it because there is help out there. And don’t be scared to invest financially as I did in my Gym Trainer. Once you stop drinking you will easily be able to transfer the drinking fund into your health fund.

Jill: I believe there are different types of drinkers. Some are genetically disposed and others more emotionally clinging on to the habit. For me it was emotional and I could have a drink now without physically craving it the next day– however the daily habit would creep in again eventually so I choose not to even flirt with the idea. A friend of mine is a chronic alcoholic and after some years sober he recently fell off the wagon. He soon lost control and was drinking from first thing in the morning until the days end. He is a health professional and after some months of trying to work with him to help him into recovery his employers regretfully were forced to terminate his employment. He could not just stop like I did and went for help to AA and his Dr. He chose the antibuse medication to help his resolve to quit and stay sober. He has now been dry for three months and has had his old job offered back to him. What impressed me about him was his honesty – he needed help and was not scared to knock on my door drunk! 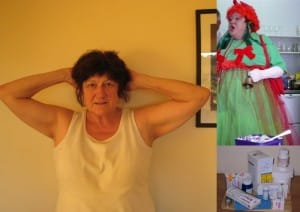