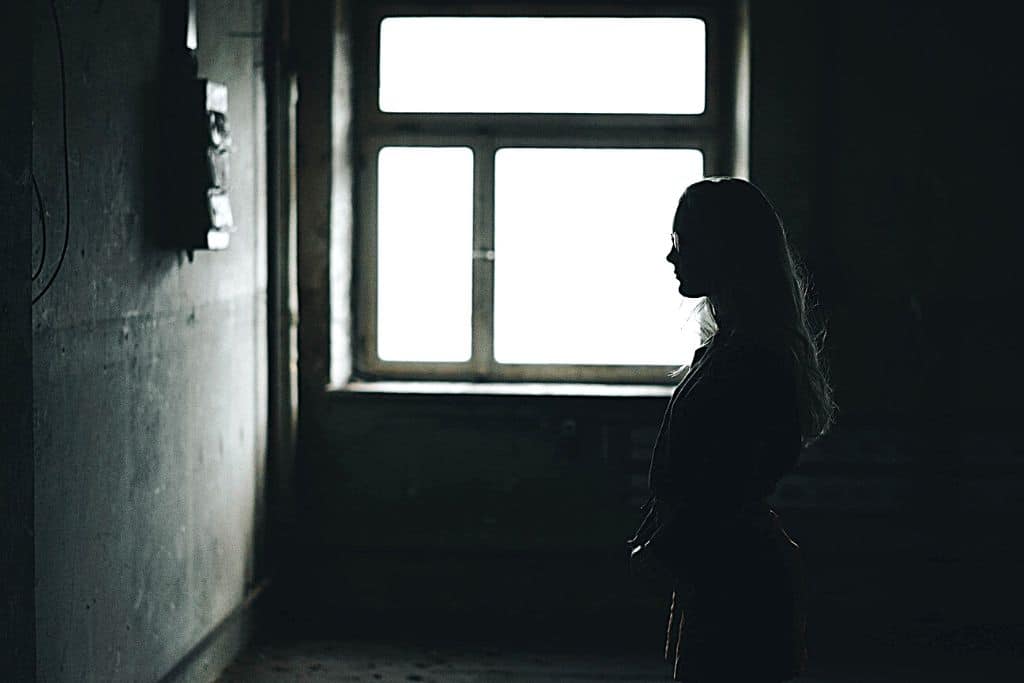 This week's Sober Story comes from Emma, a 42-year-old living in Kent, England.

Emma: I've been in recovery for 9 years now.

Emma: I was a horrible drunk but sadly it took me a long time to realize this myself. I would say my drinking got worse when I moved from wine to vodka. I had never really liked the taste of wine but once I discovered vodka it was like a new freedom for me. I had always been very shy, but the vodka gave me a confidence I loved. I met my partner 'James'  when my youngest son was just 2 (his dad wasn't around) and I fell in love very quickly. I'd had a massive rejection from my parents which probably led to me clinging too hard to my partner which made him leave me on several occasions. We did get married eventually, however, and went on to have 2 more children together. I never drunk through any of my pregnancies but suffered badly with withdrawal symptoms - again my partner was the one who had to cope with my mood swings. After having the children I would always hit the bottle even harder. I also started becoming violent towards James when drunk. Eventually things got too much for James and he moved out - that is when things started to get really out of hand.

Emma: Being on my own with no-one watching me I started to drink earlier and earlier, and got friendly with a group of teenagers I then invited into my home. This was more for company to start with, but eventually my home was known as a local party place, and every night there would be loud music, and I even started to regularly sleep around, often having no memory of the night before. My hangovers were so bad I wasn't getting the children to school and social services were called in for the safety of the children. I tried several times to take my own life via overdoses. It was after the last big overdose and very nearly not surviving that I had my wake up call. I knew my life had become totally un-manageable and it was because of the alcohol. I finally held my hands up and asked for help, and James could see I was serious this time and also decided to move back in to support me through my recovery.

Emma: The early days in recovery were incredibly hard for me, but I think the thing that made things maybe a little easier for me was I had to stay in hospital after the last overdose for over a month. The hospital went on to section me under the mental health act, so under supervision I was forced to not be allowed to drink anyway. Coming home for me on its own was just a blessing, to be with my family. I knew how lucky I was to have this final chance and that I would totally lose my children if I drank again. I had done some terrible things when drunk, and made a show of myself publicly nearly everywhere which led to me becoming totally agoraphobic for nearly 6 months. I couldn't go anywhere at all, even my back garden, so the shop I used to buy the alcohol from was also now just out of reach for me. At the time it was awful. I missed out on so many of the childrens plays at school, James had to even give up his job and become my full time carer, and do literally everything. Eventually we decided to move away from the area and having people not know about my past helped, and I started to go out again. I had also started a Facebook page myself to help myself. I still wasn't comfortable with social situations so couldn't get to any support groups or things like AA but I needed to start releasing. I found the page amazingly helpful. It was like a diary page for me. It gave me strength and hope again. I shut the page down after 4 years as I moved to a new phase in my recovery but will always be grateful for the outlet it provided me with.

Emma: It took a long time for people to come around to me and I don't blame them - my behavior when drunk had been awful and I had upset a lot of people. I found it frustrating at first, that I was staying sober and people still didn't want to know me, but I can see now that it takes time for people to trust you again.

Emma: I'm very luckily I never relapsed, the last time I drank scared the life out of me. With the overdose I also had some petrifying hallucinations that to this day still haunt me, and just knowing I would lose my children was thankfully enough for me to know that I could never go near it again. I won't lie, there were several very stressful days where I could have easily have downed a few shots, but I never did. I always released my emotions through the Facebook page and received brilliant advice and support in return.

Emma: It was quite hard getting used to socializing without drink. I wouldn't go into pubs as I didn't want the temptation, and still don't today. Also when I was drinking my confidence was so bad even things like having friends over for lunch used to worry me, so I would cheat by buying myself 3 mini shot bottles of vodka. Crazy looking back now, but back then I thought I needed it. What I learnt when becoming sober was that I didn't need it! I totally changed my circle of friends, knowing I could no longer see anyone that drunk heavily. One dear friend 'Alison' has always been my best friend ... and her and I became closer than ever when I became sober. She taught me how to communicate again, and always made me feel relaxed in her company. I started to open up more, and the more I did it the more confident I felt.

Emma: Now I am more confident than I have ever been in my entire life! I published a book (Confronting The Bottle) and have appeared in magazines, newspapers, and on TV! People write to me and tell me that my story had helped them to stop drinking, I have never in my life experienced pride like it.

Emma: The one thing I have to say I would do differently is my journey into AA. I only 'went into the rooms' (joined AA) a few months ago as I felt I still had too many underlying issues I needed to face and just couldn't manage alone. It has changed my life even more, I just got so much back from every meeting I attended, and made lots of new friends, as well as new ways of dealing with "life". I needed the rooms, and still do today, I know for a fact without them I would have maybe given in and drunk again, but I just knew I had too much to lose, and had to stay stronger than ever.

Emma: My advice to anyone out there still struggling would be that stopping drinking was the best thing I have ever done in my life. If I have cravings now I look backwards rather than forwards and just remind myself of how terrible things were. Of the days spent by a toilet being sick all day, of all the awful things I did when drunk, of nearly losing my children and of just having no hope or spirit inside of myself. Today I am the happiest and strongest I have ever been in my whole life. I can't go backwards, all I can do is to make the very best of what I have, and that is 3 amazing children that I love with all my heart, more real friends than I have ever had in my life, and a future. Addiction offered me none of this, only the reverse.

Fight for your lives and don't let addiction win. Putting the bottle down was truly the best thing I have ever, ever done. xx