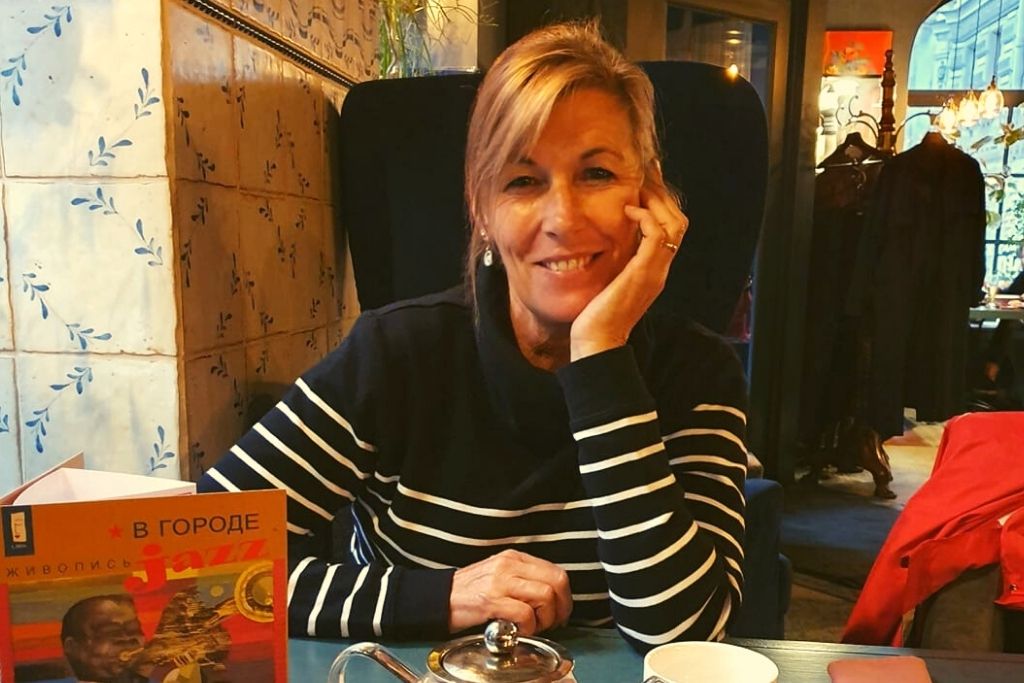 Cheryl: While the extent and nature of the last few years of my drinking became a deep dark secret from friends and those I loved, it morphed into an overwhelming source of torment and despair for me. Keeping the secret and maintaining the continual lie became exhausting and almost destroyed me- mentally, socially, physically and spiritually. My day “finished” at 5 pm at which time the booze bitch took over.…I was hiding bottles in cupboards, wrapping empties in newspaper before putting them in the bin, opening my own bottle and drinking it in secret and then offering to open a bottle for my husband and I to share once he’d arrived home. It was standard for me to drink two bottles of wine myself on an average night. I never made a call or answered the phone after 7 pm at night because I couldn’t coherently string a sentence together! Completing simple tasks each morning (like making a coffee) had become tricky and I knew that my processing of information and responding to situations was becoming slower and slower and much more muddled. My brain and its ability to function was dying.

Cheryl: My obsession with drinking was absolute- in the end I would let nothing stand in the way of making sure I was able to drink- daily and to excess. I would opt out of going to events or occasions if I knew there wasn’t going to be booze there. I began drinking to the level of blacking out every night. It got to the stage where I was unable to join in conversations because I was constantly repeating myself or unable to keep track. Forgetting conversations or events of the previous night or days before was the norm. I basically shut myself down to avoid the embarrassment of (repeating) myself. I began to get comments about my drinking from young family members which wasn’t a good look. I guess the final straw was realising that I was slowly killing myself. I had spent a lot of time researching and reading about alcoholism and knew that I was an addict and there was only one place I was headed. I recall an absolute moment of clarity 3 years six months ago- a sort of “light-bulb moment” (after just finishing reading yet another book- Jason Vale's 'Kick the drink Easily!). Then and there I knew I had no option but to ditch the booze bitch completely and forever.

Cheryl: Initially, the most difficult thing was getting through and beyond 5 pm every day. Not drinking left a huge hole. Also- I really missed the regular drinking sessions and parties and the social contact with people I thought were my friends - life as sober me was really lonely in the beginning. Being a boozy party girl defined me and I was terrified I was going to be a boring old fart. (I’ve since learned that it’s really none of my business what anyone else thinks of me!) We had recently moved to live in a new town not long before I kicked the booze and I have to say moving towns and giving up booze was a great way of finding out who my real friends were. I can count on one hand the people who are still in contact with me since I moved towns 5 ½ years ago and that still makes me kind of sad. Now I think the most difficult thing is realising that some of the friendships I thought important were actually based on the lie that is booze – our favourite legal drug.

Cheryl: My husband is wonderful and was super supportive. Only when I’d given up booze did he tell me about the effect my drinking was having on our marriage. Apparently I was very defensive and would say extremely cruel things to him when I was drunk; it was getting to the point where he was questioning our marriage and I was completely oblivious! He talks about how hard it was to say anything about how much I was drinking; that it was hard to watch me and whenever he tried to say anything I would become this defensive demon-bitch who just didn’t want to know. I have three gorgeous sons whom I wrote to at 100 days alcohol-free to confess and apologise for the mother I hadn’t been. They are all really proud of my achievement and that’s hugely important to me. Many friends were quietly surprised that I thought I had a problem and some are still bemused that I don’t drink anymore, but most absolutely get it.

Cheryl: I relapsed on and off over the course of at least six years as I tried to moderate, limit and control my boozing. Nothing worked until I went from saying “I’m not drinking” to “I don’t drink”. I’d really just rather have “none than one”.

Cheryl: I found the physical effects of kicking the booze less challenging than the mental/emotional ones. I think the first positive change I noticed was my brain clarity and function after about 6 weeks. My sleep improved after about 2 months and I began to lose weight towards the end of the first year. The emotional stuff still rears its head but I can deal with it now- I recognise what’s happening and it’s so much easier to handle with a brain that’s free and clear.

Cheryl: Socialising sober was pretty tricky- especially at the beginning. I found it helpful to think of social occasions as a workout for my sober muscles and I’d almost treat them as a challenge. I found it really helped to have a plan of what to drink and to have an exit plan so that I could leave when the drinkers started getting boring and slurry and wobbly and stumbly.

Cheryl: I like my own company much more than I knew and I can dance just fine without a skinful of booze! Also- I’m actually a very strong person! I can say “no” to people now- and it doesn’t matter what they think.

Cheryl: My life changed in so many ways it is hard to put into words! It is incredible not being weighed down by guilt, lies and deceit anymore. My relationship with booze was definitely an abusive one and the freedom I felt and still feel now I’ve kicked it is incredibly precious. There is a certain feeling of empowerment and strength that comes with beating this thing and it has given me a self-confidence I never had. My addiction to booze has been replaced by the need for a daily exercise fix and I have never been so fit and active in my life! I now back myself to try things I would never have had the energy or confidence to try before. I have loved volunteering and getting involved in community projects- I can be there at any time!

Cheryl: Freedom, peace and real connections with people in my life who really matter. I am able to be there for people when they need me (if I choose to…) Also- I can read a book or watch a movie and remember it- imagine!

Cheryl: I would probably make more of an effort to make face to face connections with other people on the same journey. Mrs D and the Living Sober community had a huge part to play in my early sobriety and I still enjoy checking in to see what other members are up to but I do think I would have found it easier if I had found people to meet with earlier on. ( I did go to a few AA meetings and met some awesome people but I found that it wasn’t really for me). Also- I would have made an effort to write down my thoughts etc regularly from the early days. The months of torment and despair seem so long ago now and I often think it would be good to be able to remind myself of how bad things really were.

Cheryl: The hardest thing is being brutally honest with yourself and actually admitting that you are an addict. Once you acknowledge this you must know that you can never touch booze again. Moving from the “I won’t drink today” mindset to the “I don’t drink” mindset can change your life. Read, read and re-read all of the “Quit-Lit” you can lay your hands on. Find someone to share your secret with. We are not alone in this struggle and there are so many people out there who have experienced the same pain and have a great deal of knowledge, inspiration and support to share. You can’t do this by yourself, but you must do it for yourself! (and those you love). Finally- don’t be ashamed- you are addicted to something that is addictive! Booze is not only accepted in our lives- it’s expected and that makes it one of the hardest things of all to beat!

Cheryl: I really want to thank you Lotta and the Living Sober community. In those early days I clung on to this sobriety by a very thin thread and this tribe of non-judgemental, empathetic, supportive people were always there for me. I do know that I would still be a booze hag without a life ahead of me if I hadn’t fessed up and taken the step of joining this Living Sober group.