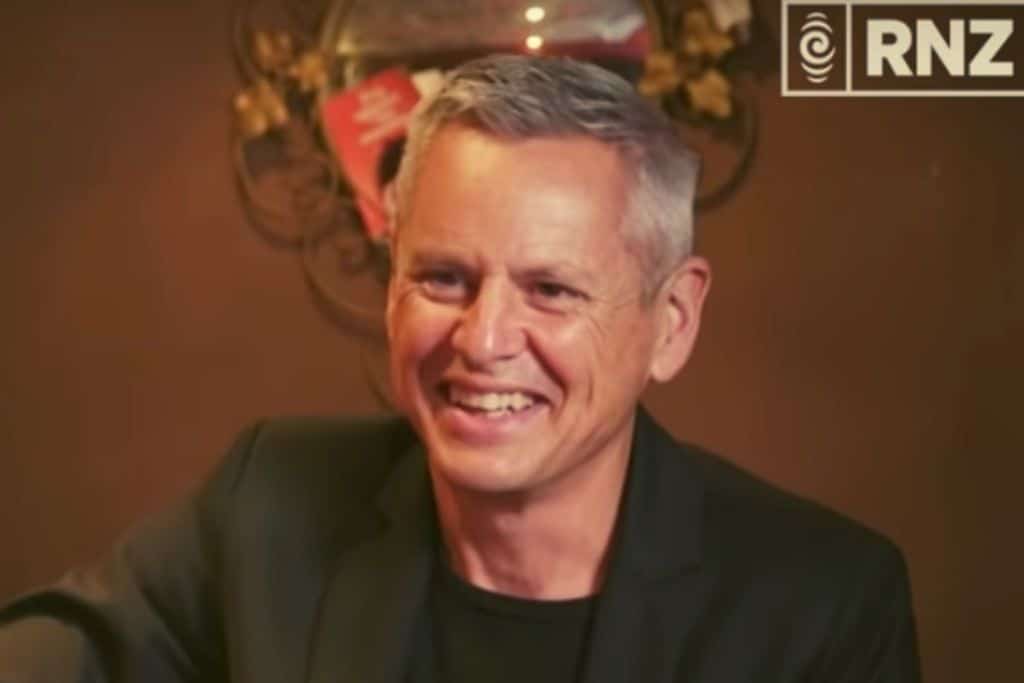 This guest post comes from journalist Guyon Espiner who recently released a brilliant documentary about his relationship with alcohol, the drinking culture in New Zealand and the power of the liquor industry. You can watch the documentary here or down below.

Guyon: When TVNZ confirmed they would screen the RNZ documentary Proof I was part elated, part terrified.

Yes, of course when you set out to make a piece of television you want as many people to see it as possible. But also, you don’t. Especially when the subject is alcohol.

For most of my adult life the thing I was most ashamed of was my drinking.

If I’d had a ‘big night’ - the euphemism for poisoning yourself with our legal drug - then I would do everything to try and make it go away.

That was partly helped by the fact that excess alcohol impairs the memory but I’d take it a few steps further too. I’d never admit to feeling hungover - because that would just bring the focus back on my self-inflicted wounds.

And I would be absolutely mortified if anyone had mentioned anything about my behaviour or level of consumption. I think that is the vicious circle that many problem drinkers get into. You feel ashamed. No one mentions it (knowing it’s a sensitive subject) meaning you aren’t confronted about it and the inward agony continues.

For me the easiest way to deal with my nights of shame was to pretend they never happened. In our society being regularly drunk is acceptable anyway so you largely get a free pass (unless other people are badly harmed by your drinking).

My own belief is that we need to be more open about our struggles with alcohol. That was the main reason I put my fears aside and decided to go on camera and on the record in Proof.

I totally respect that many people simply cannot afford to go public for a variety of reasons. Maybe being in the media actually made that easier for me - I know how the game works, what the stakes are and I’m used to taking some flak along the way.

I just wanted people to know that it’s ok not to drink. It’s normal not to drink. You can have fun, have friends, go out and follow all your dreams and more. You don’t need booze to do that.

This was never about telling people what to do or taking a moral position. But there is one thing I do want from people who drink: make it easier for those who don’t drink to exercise that choice. Don’t make us feel like outsiders.

For all my fears about going public in Proof I have been pleasantly surprised at the reaction. A couple of media heavyweights had a crack at me but that was nothing compared with the dozens and dozens of people who got in touch with their own stories.

It made me feel that, on the shoulders of many who have been advocating in this space for years, the curtain of shame and silence around alcohol had been lifted just a little higher.