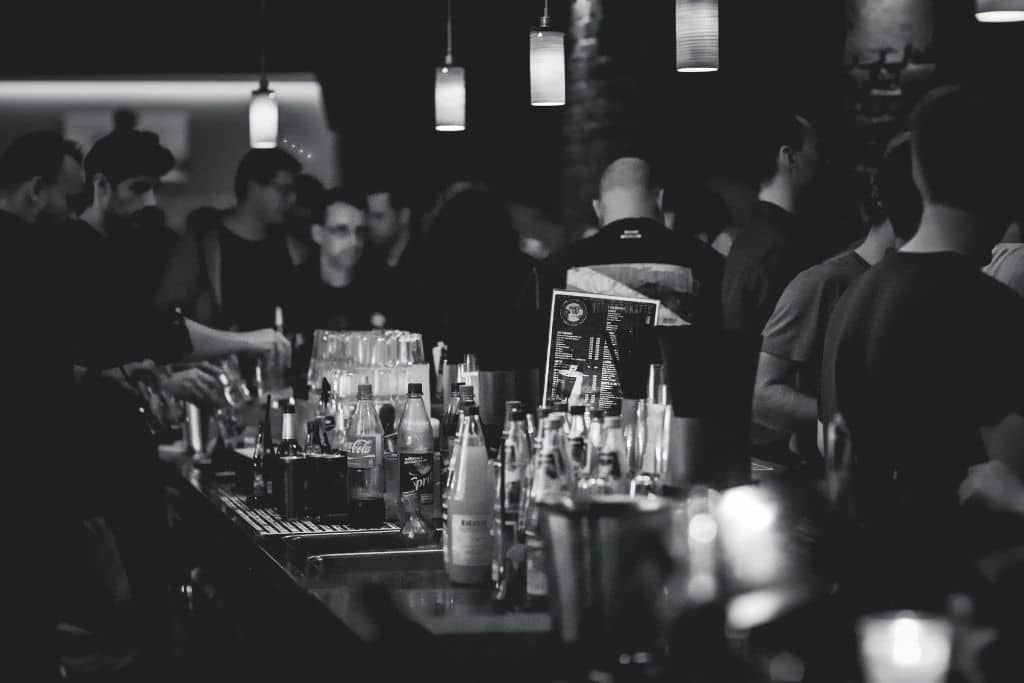 This powerful guest post is from our lovely long-time member @behind-the-sofa. He is a Peer Support worker at Connect in Auckland and has previously shared his Sober Story here.

I watched this programme from the UK last night called ‘The Virtues’. In the first episode the protagonist Joe says goodbye to his child and his ex as they head off to Australia. It’s obvious that he’s an alcoholic and he’s had some clean time, as demonstrated by his ex asking him if he’s gonna be alright. There’s an implication that he might go and do something, i.e. drink the pain away.

Cut to him in a crappy pub, sheepishly sitting there eyeing the pint of lager in front of him. He looks around, strokes the curved glass sensuously, is anxious and uncertain. He takes a sip. He remembers that taste. It almost instantly awakens something in him. Soon he’s gulping it down. He heads back to the bar before it’s even finished and asks for a top up. The fuse is lit. He downs it again then asks the barman for a double vodka, then another. Down the hatch they go.

He’s away. He shakes off all doubts and insecurities and goes over to a table of people having a few drinks. He buys all of them a round. And then another and another. He goes up to a table of two young women and buys them drinks. He buys the barman a drink and soon everyone is like old friends. Cut to him doing coke in the filthy toilet with the barman. Cut to him carrying various trays of different shots to everyone. Cut to them all singing in the pub. Cut the barman getting annoyed because he’s racking up a huge tab but hasn’t paid any of it yet. Joe takes offence to this, and asks everyone in the bar if he’s been out of order. Everyone cries ‘No!’ he’s been a top bloke, he’s been buying them all drinks.

The booze and drugs start to catch up with him and he stumbles falls to the ground. Others pick him up and carry him outside. He’s fine, he says, and wriggles free and stumbles off into the night, almost walking backwards into traffic. There’s then a great camera angle of just his face as he goes looking for another drink. He’s talking to himself, completely smashed, ‘just one more drink, just one more drink’. He finds a place that’s open and downs a drink, but is soon escorted off the premises for presumably being too drunk. He goes and gets a late night kebab. The camera is still on his face as he shovels the food into his mouth. He’s swaying and talking to himself. Food is going everywhere. He’s got no idea what is going on. He’s having a conversation with a voice about ‘the virtues’ of the bible. And he become annoyed and aggravated with it. He’s smashed and spiralling down and down.

Cut to, the morning. His work mate is knocking on his flat door. He’s late and he needs him at work doing painting and decorating. Joe is passed out on his lounge floor. There’s vomit down his cheeks and a big pile next to him on the floor. He’s also urinated himself.

I felt upset watching this. It brought back a lot of old memories for me.

I’ve been that person, sitting alone in a pub, feeling disconnected, anxious, worthless, lonely – many, many, times. That was my life for years. But the minute I drank the poison it instantly wiped all of that negativity away. Made me gregarious, happy, lively, jovial. Stripped away all the pain and worries, giving me a huge shot of personality. I'd feel connected – alive – like this is the real me, this is the person I want to be, who I felt I was inside but couldn't express.

Except it was all just fake, and I'd wake up broke, sick, ashamed, and foggy, a million times worse than I was before. So what was the lesson?

What I've learned is that there's no shortcuts to connection and feeling good. It takes time and hard work and if you try to get through by chemical means, sure it’ll feel good temporarily but the price you pay is huge. Big time depression and hopelessness, trapped in a cycle which needs more and more of the substance but makes you feel progressively worse.

Like I said, it upset me to watch it, I felt quite emotional. Sorry for the old me, scared for the future me if I ever relapse. I know how alluring that stuff is, I recognised myself as the person stroking that glass, whose eyes light up after the first sip. I know that hungry wolf will awaken in me with that same ease, and that’s scary, the fact that over five years of sobriety could all be gone, just like that, but I guess all I have to do is not take that first sip.

Although it upset me on many levels, I also enjoyed watching it. It was an amazing portrayal of a relapse, and it felt very close to home for me. I need those reminders of how shit life on booze is so that I don’t get complacent and don’t romanticize it. The more things that show how terrible booze is the better in my opinion, rather than those oh so glorious sunsets and good times portrayed by advertisers.