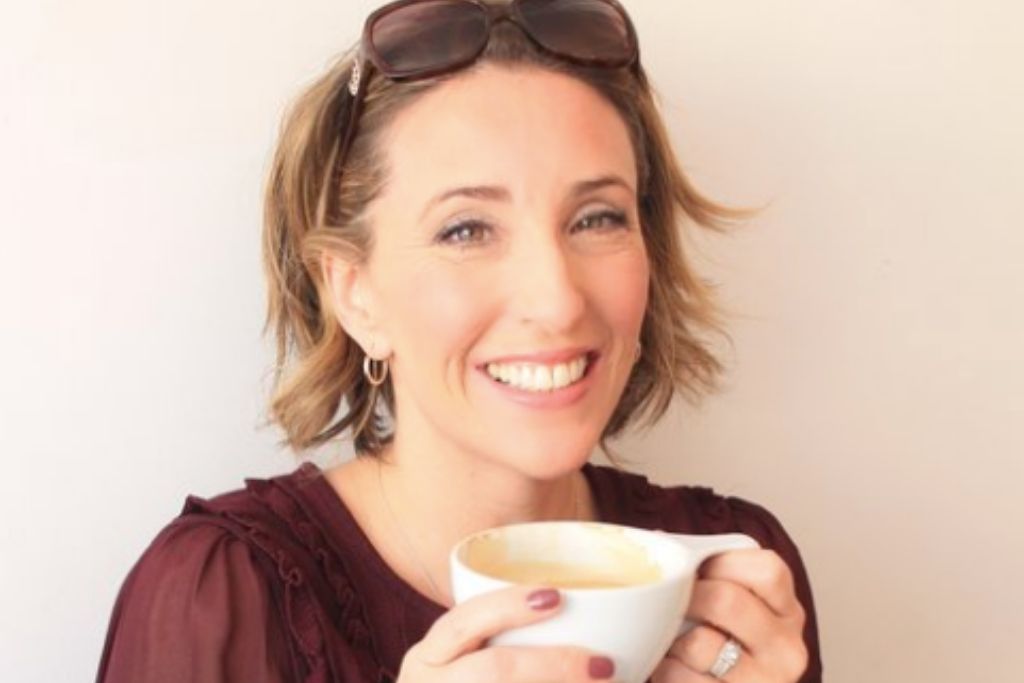 Veronica: My sobriety date is May 2nd 2000 so I have been continuously sober for over 19 years.

Veronica: My story is neither glamorous nor exciting. It was very ordinary alcoholism. I didn’t get arrested, fired or go bankrupt. Thankfully I didn’t really have any major consequences, I was however quietly suicidal for about 10 years. On the outside I was a confident ‘party girl’ always the last one to leave the bar, on the inside I was dying of loneliness and self-loathing. I also suffered from crippling panic attacks that left me feeling isolated and desperate. I drank because it was the only thing that helped me cope. I knew there was something wrong with me, I’d known that for a long time but I thought I had some rare mental health condition. I was a binge drinker and thought my drinking was ‘normal’ for someone in their twenties. I had no idea I was an alcoholic. I worked, I partied, I had fair-weather friends and dissatisfying relationships. I walked and talked like a human being but on the inside I was almost dead.

Veronica: I had been babysitting and hadn’t had a drink for a few days so as soon as I was free to go out I went straight out to happy hour. I did quiet a few shots with a friend within the space of about an hour. I remember turning to the guy sitting next to me and asking him if he wanted to go to a party. I vaguely recall getting into his car and can remember nothing until I woke up the next day in a strange room in a strange house. Mortified and terrified I tried to remember what happened. I assumed I was at this guy’s house. My clothes were still on and I knew I hadn’t been assaulted. Summoning up my courage I went out and the guy from the night before was watching TV on the couch; it was Sunday afternoon at this point. I tried to laugh it off, but he was really concerned. He said that I started throwing up and he wanted to take me home but I couldn’t remember where I lived so he brought me back to his place and put me to bed. I made some excuse and left. I felt sick with fear - there was about 18 hours of time that I couldn’t remember. It was the first time that I thought perhaps there is something wrong with my drinking. I just knew what had happened wasn’t normal. I got sober about 3 months later.

Veronica: I was so desperate for some peace in my head that I was really prepared to do anything. Stopping drinking was a small thing to ask. I felt physically better within a few weeks. The hardest thing was realizing I had no friends. I had pushed away all my good friends; everyone left was a fair weather-drinking buddy. All of a sudden I had no one to hang out with and a lot of time to fill. Getting drunk and recovering from being drunk took up a lot of my time. I had hours and hours with nothing to do. I started painting just to give my hands something to do and I also started exercising a lot.

Veronica: I lived a long way from my family so they didn’t realize what was going on, by the time I told them most of it, I was already a couple of years into my sobriety. My good friends were very accepting and extremely supportive. I have 3 friends left from school and they loved and accepted me no matter what. Having their acceptance has meant more to me than they will ever know.

Veronica: No. But I did hit an ‘emotional rock-bottom’ at about 3 years sober. A relationship brought me to my knees and I realized that I didn’t want to drink but I was making the decision to not commit suicide. I knew then I was in trouble. I was about 30 years old and incapable of having any kind of romantic relationship. I was given the ‘gift of desperation’. I didn’t want to drink but had no idea how to live in the world with this amount of pain. It motivated me to do a whole lot more work on myself around relationships and co-dependency. My life really transformed from that point.

Veronica: Physically it took about a year. I was young so my body recovered fast, but I suffered from insomnia and I was still getting extreme anxiety. Because I couldn’t drink (or abuse prescription drugs) I was forced to find other means to control my panic attacks. Emotionally took a lot longer, it wasn’t until I hit my emotional rock bottom that I learnt how to have mastery over my emotional life.

Veronica: Again about a year. I lived in a place that had a lot of bars and clubs, it was a tourist destination. I was terrified to go and eat in a bar. I remember going dancing with some some people at around 6 months and it felt very, very weird. But it soon became normal and hasn’t been a problem. It just takes practice. Plus, you find when you get sober; there is actually so much to do that doesn’t involve drinking (or being drunk). Also to my amazement I met lots of people to socialize with who either don’t drink or don’t abuse alcohol. I thought everyone drank; apparently that’s not the case.

Veronica: So much. I just didn’t know myself at all and I really believe that a life lived unexamined, is not a life worth living (someone famous said that –can’t remember who). The journey inside of ourselves is really the greatest journey of all. The biggest shock for me and this was really life changing, was when I understood, that nothing was ever personal. What my parents did, boyfriends, friend’s colleagues etc. I had always interpreted their behavior personally. It was complete self-obsession. When I was given the insight that other people’s behavior was simply a manifestation of their own feelings, and had nothing to do with me, that’s when I became free. Freedom in alcoholism is simply about having freedom in our minds. Free of the good or bad opinions of others, and able to live knowing that the only thing that mattered was what I thought of myself.

Veronica: In every single possible way. Before I had, at best, a 50% life. I was nowhere near fulfilling my potential. Now I am becoming the women I was always meant to be and it’s thrilling.

Veronica: They are endless. For me, finally feeling comfortable in my own skin and understanding what my purpose is. I was so lost and directionless before. I feel safe. So much of my drinking and behavior was motivated by a feeling of not being safe. I lived in fear. To be free of that is more valuable than I could ever put into words.

Veronica: That’s always a hard question to answer because everything worked out just the way it should. However, if I could go back in time I would have embarked on the deep personal work essential for emotional transformation much sooner.

Veronica: Understand that everything you did was because of how you felt. You drank the way you did to change the way you felt. In order to get sober and have the life you deserve then you are going to need to have a really, really good look at yourself. It may not be pleasant at first, but is actually so much easier than the life you have been living. Find a mentor, someone who has the life you want (someone who is comfortable in their own skin) and get them to show you what they did. Then do everything they say.

Veronica: Thank you for the opportunity to share my story. Being sober is not something I ever really think about. I never think about alcohol, it’s not a problem for me and I don’t choose not to drink, I just don’t. I have mastery over my emotions and have the appropriate response to events. I don’t want to give the impression my life is perfect in every way because I have challenges but now at 46 I finally have the tools to live life successfully. That is what sobriety is about and it is possible for everyone with just a little bit of work.

Veronica Valli is the author of ‘Why you drink and How to Stop: journey to freedom’ and ‘Get Sober, Get Free ‘. You can visit her website here.