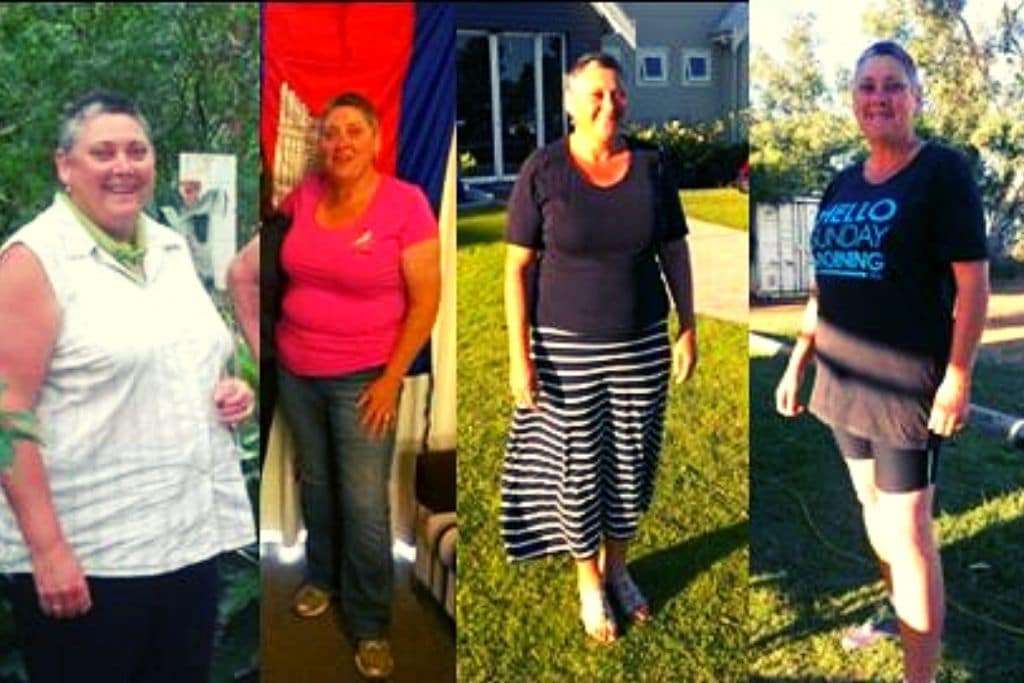 Maria: More than 8 and a half years.

Mrs D: How bad did things get before you gave up?

Maria: The year prior to quitting the booze was our first year on the road and our first year of retirement. I treated every day as a Saturday and was drinking every single day. However I have been a heavy drinker since I was 15 years of age.

Mrs D: So what finally made you stop?

Maria: I didn’t have an ‘aha moment’, I just knew that the booze was getting the better of me and I needed to do something about it. If I am honest with myself I was an alcoholic.

Mrs D: Was it hard at first? What did you find most difficult?

Maria: It was tough; I won’t sugar-coat it. I honestly didn’t think I would see the week out, let alone an entire year. My original plan was to take a year off the booze, but as time went on I realised that it was going to be a lifetime decision. One of the first things I did was to recognise my drinking triggers – socialising with others was a big one. And cooking dinner was the other one. I realised that I always opened a bottle of wine when I cooked dinner. I also came up with a coping plan for when the ‘wiwis’ hit (will I, won’t I?). My coping plan entailed writing down how I was feeling, talking to my husband, and pouring myself a glass of tonic water in my best wine glass. After a few weeks I heard about Hello Sunday Morning and signed up immediately.

Mrs D: How did people around you react to you quitting drinking?

Maria: Mostly they were supportive, and a few of them were quite surprised at my decision. Some said that they were worried about us socialising together as our relationships had been built on the shared love of drinking. Some were sceptical that I would see the year out as everyone knew me as a big drinker.

Maria: No. I have been tempted a couple of times but have resisted the temptation. My toughest challenge was when my beloved brother-in-law passed away last year and I was with him when he passed. After he died the family drank fine malt whisky in his honour. I had a bowl of ice-cream instead. It did the trick!

Mrs D: Ice-cream always does the trick! How long after you first stopped did it take for things to calm down emotionally & physically?

Maria: Physically there were many changes for me. I immediately started to lose weight and have now lost 30 kgs. I have reduced (and in some cases eliminated) medication. I no longer take HRT as the hot flushes disappeared after I quit the booze. My skin has cleared. My hair feels healthier. My nails are stronger. So many aspects of my physical being have changed for the better. I can’t say giving up the booze had an emotional impact on me as such. I did mourn the loss of my friend white wine, but I didn’t get emotional over quitting the booze. I think I was just surprised when I realised how much of a problem it had become.

Mrs D: 30kg that is awesome!! Well done. Did you find it hard socialising without your 'friend' white wine?

Maria: I was determined not to hide myself away and still went into pubs and clubs. It does take a bit of getting used to, but I had my coping plan in place. I have been to my first wedding sober, and that was a fantastic experience for me. There are times when I do feel like the odd one out, but I relish that feeling!

Mrs D: It's quite fun going to weddings sober and watching the whole proceedings with a clear head I find. Was there anything surprising that you learned about yourself when you stopped drinking?

Maria: I learned that life is so much more fun when you are sober! I wish I had have realised this many years ago.

Maria: Immensely. I have achieved so much since quitting the booze. I have written a book; I have become a tarot card reader; I have done a stand-up comedy routine on stage in a pub; I have done abseiling; I am teaching myself calligraphy. None of these things would have been achieved if I was still drinking because the booze always came first.

Mrs D: Stand-up comedy and abseiling, wow! Can you pin-point what the main benefits have been for you from getting sober?

Maria: My health has improved. I have lost weight. I have saved so much money. I am happier. I am a better person.

Mrs D: Fab. Would you do anything differently if you could go back and do it all again?

Maria: No, I wouldn’t change a thing. I just wish I had have done it years ago.

Mrs D: Any advice or tips for Living Sober members who have just recently given up?

Maria: Stay strong. If you relapse just get back on that horse. It will all be worth it in the end.