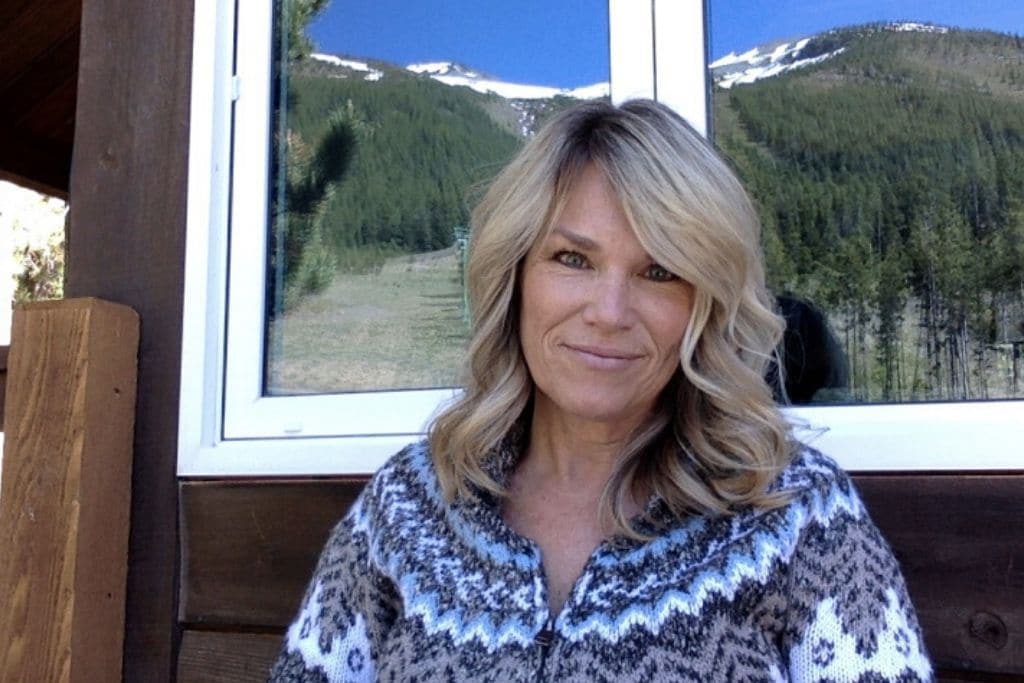 Jean: Everything looked very good on the outside, I will say that much. I was working hard and having good success in my business and keeping all the balls in the air - juggling motherhood, work, volunteering, community projects and side interests like performing as a singer/songwriter. I actually enjoyed my days, because I stayed too busy to think. I went 100 miles an hour all day long and then at the end of the day I would drink wine to relief some of the "stress" of the day and to help me go to sleep - I was very very concerned with getting right to sleep because I had to get up again the next day and start all over again. At least, that's what I told myself. In truth, I feared going to bed and being alone with my thoughts, because once the busy-ness stopped all the self-doubt and critical voices in my head came to life. So my so-called "healthy" glass of wine per day grew in size and number, because I really wanted to konk myself out before the voices could start. That routine actually worked for a while, but after years of that the pattern started gaining momentum. My wine habit became something that required a lot of attention and planning. I packed wine in my suitcase when I travelled. I started hiding back up supplies in the pantry and switched to box wine so that it was less obvious to my family how much I was drinking every day. I had a lot of anxiety around drinking - I was constantly monitoring when and how and how much was available. Every morning I wanted to quit and by the afternoon I'd change my mind for whatever reason - usually because I "deserved" it for being such a busy, busy girl.

Jean: I had an unexpected epiphany that if I didn't stop drinking it could kill me. That might sound a little dramatic, but a few years earlier a woman I knew from work who was rumoured to be struggling with alcohol died suddenly of a fall at home. I had always kind of judged her, because I'd seen her drunk at business functions (whereas I was always careful to never be drunk in public); but it just hit me that I was on my way to becoming addicted in the same way. The awareness shook me to my core, and I continued drinking for two more days to shake the fear away. Finally I harnessed that fear and used it to motivate a big change.

Jean: Relaxing in the evening was strange at first; I was restless and fidgety. Going out was awkward because I felt self-conscious about not drinking. I was most afraid of going to sleep at night, and ironically that was not much of a problem!

Jean: I didn't tell many people at first, but the reaction from those I did was shock - they had no idea I was struggling and were not aware of how much I was actually drinking. One friend said, "I am surprised you could drink as much as you did and still do as much as you do." The fact was, I couldn't have held it together for much longer, and I knew it. I was drinking more and more, starting earlier in the day, it was slipping. It would only have been a matter of time before it became obvious to everyone, but since I quit before that happened no one saw me falling apart. This is a kid of "Catch 22" that lots of women find themselves in, as it turns out. The same perfectionism and over-achieving that looks so good to the rest of the world also fuels addiction. It can lead to problems, because well-meaning friends try to be supportive by saying, "You're fine! You don't need to quit," which actually undermines sobriety. My husband did not even know how much I was drinking and I waited several days before telling him I'd quit, because I was afraid if he told me I was "fine" I might drink. He didn't, by the way. He listened and took me seriously and asked what I needed from him for support.

Jean: I don't think we have to accept relapse as part and parcel of recovery. To me, that feels like giving ourselves permission to fail if things get tough. I have definitely faced some difficult times and uncomfortable emotions that made me think, "Wow, I'd love to drink and not feel this pain right now" but I was able to get through those moments, thank God.

Jean: Much longer than I expected! The experience of detox caught me by surprise and made me see that I was truly addicted physically to alcohol. The sweating and headaches and twitchniess lasted a few days, and then the mental game took over. Cravings lasted for weeks and months, and I experienced a profound grief as though I was mourning the death of a friend, which in a way, I was.

Jean: Well, I discovered that I am not very good at socializing and don't really like it much. I would never have admitted that before, but I got very honest with myself about these thing. I learned a few tricks, like bringing my own beverages - something special that would feel like a treat - and to leave if I felt uncomfortable. Over time, I learned that the feeling of awkwardness doesn't last very long - usually I spend more time dreading it than actually experiencing it. Also most people don't care if I drink or not, they just want to visit and have fun. I have learned to say no to things I don't want to do and to initiate things that are a better fit - like say brunch with a friend or a hike.

Jean: Yes, that I am more screwed up that I originally thought! I just thought I needed to fix my drinking, like that was the last piece in the puzzle of perfection. It turned out that I had to change a lot of things about myself, that it was my approach to life in itself that cause me so much discomfort - that was why I needed the daily comfort of booze. I could have quit drinking and just replaced that comfort mechanism with food or gambling or shopping, but fortunately I learned how to shift and heal.

Jean: I let go of the need to be perfect and just started being ME. That sounds simple but it is hard - overdoing was my way of feeling safe from criticism and rejection. Now I live in a way that permits the possibility of those things, and it can be scary. I'm still a little thin skinned and my feelings are often hurt, but it is not the end of the world. I try to back up and get over feeling bad and go back at the situation from a place of kindness and understanding. I am slower and less anxious and more in the moment. I am happier than I have ever been.

Jean: I look and feel so much better. I am at an age with lots of hormonal changes and alcohol really messes with that process. I have a little grandson and knowing that I am 100% trustworthy to care for him means the world to me. I love being authentic and I LOVE the freedom, like being able to drive any time of the day or night - I can go for groceries at 9pm if I feel like it! I have made incredicbale friendships and connections through the online recovery world - this is one of the best gifts of all.

Jean: I would listen to my instincts more. For instance, I went on a vacation that I knew was not a good situation for me, and I was miserable. It would have been better for everyone if I had just stayed home. I trust my gut more, and it took some bad experiences to realize that I should listen to that quiet voice in my head.

Jean: Stop messing around with moderation and go alcohol free, and lock it into your thinking that there are no exceptions. It is easy to have some reservations in the back of the mind, like a list of awful things that would be good enough excuses to relapse. Flush those out and be fiercely protective of your sobriety because it is your freedom and peace. I really love for people to see it that way, instead of seeing abstinence as a sad downer - it's not. Going alcohol-free for life is not a life sentence for dullness, it is a golden ticket to living fully.

Jean: I want to give a standing ovation to each and every person who tackles recovery, because it takes courage and heart. None of us ever need to feel alone or misunderstood, because we are all on very similar journeys. Millions have gone before us and millions will come after, so we can be swept into a current of support knowing that we are part of something huge and beautiful.