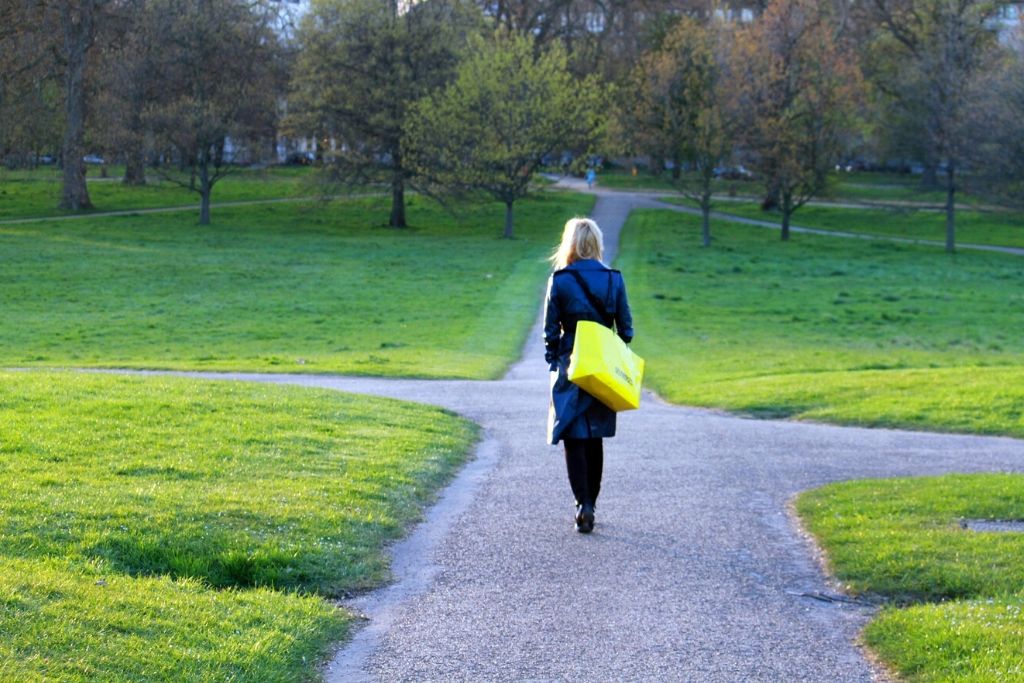 This week's Sober Story comes from Cait, a 27-year-old from the East Coast of America.

Cait: I’ve been sober just over 6 years, one day at a time.

Cait: I was an absolute mess. I was in my third year of college and could not make it through even the morning without drinking. Every day I would tell myself tomorrow is the day because I had so much I had to take care of as far as classwork and prepping for exams. When that day would come I would simply justify it somehow to drink again and get nothing done. It was a constant cycle of shame/guilt/anxiety. It makes me shudder to think back on those days of college.

Cait: I flunked out of college my junior year and I couldn’t explain why to my parents for any other reason than I had a drinking problem. They knew something had been wrong but I think they just assumed that I would outgrow it, I don’t think they ever thought I would fail out of school. I was a near-perfect student growing up so grades in school had never been an issue. I also crashed my car in a near blackout, thankfully it was right by my house and I barely made it out of the driveway, but the fact I couldn’t recall any of it terrified me. So many awful things could of happened that night.

Cait: Early recovery was hard for me because I thought I had all the answers. I really thought staying sober was as simple as just not drinking and going on with your life. I didn’t realise my absolute biggest problem was my mind. It was my thinking that was the major issue and it was running the show for me for years. The hardest thing to do was to stop listening to my own mind and listen to somebody else’s ideas. Like most things in my life, I had to learn the hard way. I tried doing things my way and it led me really close to drinking again. I was on my way to a liquor store when a sober friend called me and I ratted on myself. It was an extremely powerful moment in my life. I realised I need to try this a different way than my own.

Cait: They were supportive but I think they didn’t really understand why I couldn’t ‘just stop’. It’s so hard to explain to someone who doesn’t have a drinking problem why it’s hard to stop when you see your life falling apart from it. They have since done their part in educating themselves however and are obviously very happy with me now.

Cait: I have not experienced a relapse, yet. As I mentioned earlier I came very close my first few months of recovery but have done a lot of work on myself and continue to. I never want to feel like the only solution to my problems is to take a drink or drug, because that’s a lie. No substance will ever solve my problems.

Cait: A long time! When I got sober initially I had also just gotten out of a relationship that fell apart completely because of me and my addiction. I spent a lot of time trying to figure out how to win him back and it was very emotionally draining. Through step work, I was able to see why I needed to give up on that relationship and just spend time on my own and grow as a woman. I had no idea what it meant to be in a healthy relationship and was equating my worth to someone wanting to be in a relationship with me. Being on my own and single for a long time really helped me become the woman I am today.

Mrs D: That's so great. How hard was it getting used to socialising sober?

Cait: I’ve always been quite social even before getting sober so that wasn’t too hard. The hard part was opening up to someone about my biggest fears and personal life. I was so afraid to tell someone my truth, I didn’t want to be judged. When I finally opened up to a woman I trusted it had a major impact on me when she shared her personal struggles with me as well.

Cait: Yes! I learned I was addicted to sugar! No joke! I took comfort in eating unhealthy food once I got sober and aside from gaining a lot of weight it really made me feel terrible mentally. I was an emotional eater and had to acknowledge that. It was hard for me to admit to people for some reason and I was ashamed of my eating habits. Regular exercise and healthier eating habits have really been important to my daily happiness.

Cait: I am present in life today. My life drinking and drugging was so chaotic that I just could not manage to handle any responsibility. I am now a major part of my family which means the world to me and I am also involved in many other women’s lives who are trying to get and stay sober. Having purpose and self-worth is the most incredible feeling in the world after feeling so worthless for years.

Cait: Give yourself a real chance. I’ve seen many people in these 6 years not even take a real attempt at getting sober and they are no longer around. This whole deal only works if you give it your all. So if you’re just coming back, give it everything you got and if you don’t like how things are going after that, you can go live the life you want to.

Cait: You can still have fun in sobriety!! My life is more fun than it ever was when I would go to bars every night!