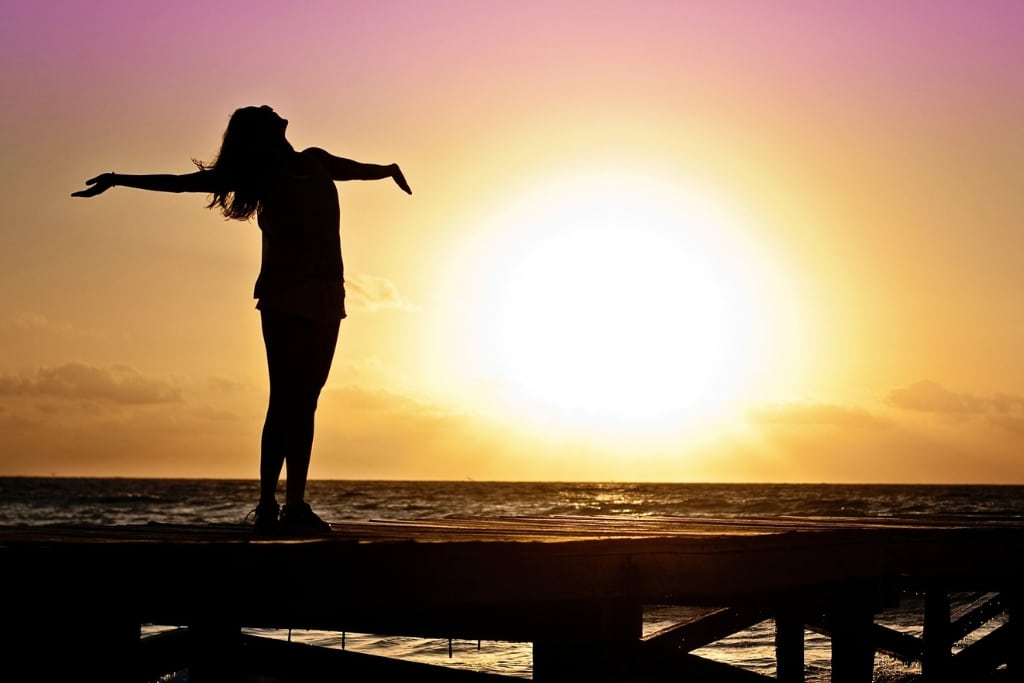 It’s Sunday morning and everyone else is asleep. I’m sitting at the kitchen table, sun streaming through the windows, having that insanely good first cup of coffee of the day, thinking about this time last year.

On this day last year, I was looking forward to dinner with friends. We’d have a few drinks at home, followed by a few drinks over dinner, then I’d get up on Monday morning ready for the gym and carry on with my week. Right?

We had a few drinks at home, in fact I think I had a few drinks before they arrived. Then we had more-than-a-few drinks over dinner: I don’t know why I was compelled to drink quite so much. The company was good, the vibe was relaxed and fun, there was no stress. Then we came home and had even more drinks (liqueur, to mix things up – what fun!).

I went to bed and woke up at 3am with The Horrors. Then I woke up at 6am knowing there was no way I was going to work, let alone the gym. Once I called in sick, something I never do unless I’m actually sick, I proceeded to cry, a lot, for the next few hours. I was a middle aged woman and phoning in with a booze-related sickie. The thought had been circling in the back of my mind for some time – years perhaps – but it was crystallising this one particular morning: I was dependent on alcohol.

I would drink most evenings, and on those I didn’t I had a terrible sense of deprivation. When I accepted social events I’d subconsciously calculate the effect of the likely hangover that would follow. Occasionally I’d try to moderate but these attempts were short lived. But this Monday morning it was different. I found myself really wanting to try and understand what it would feel like to not drink at all - an easy decision when faced with a hangover the size of a small planet. I decided to “give it a swerve” for a week and see how that felt. I joined  Living Sober, reached out to my recovering alcoholic friend, who has been sober for over 20 years now and is now a sponsor for AA, just to hear her say “You can do this”.

So began a series of “Firsts”.

• First Friday Night
Ginger beer with a twist of lime got me through and I realised it was really only 6.30 (when I opened that bottle) till 9.30 (when I’d usually fall asleep on the sofa) that was the “problem” time. Honestly, I white knuckled it through those three hours for the few couple of weeks. Now, it doesn’t even cross my radar.

• First Dinner Party
I spent the entire day of this dinner party in an extremely grumpy mood, convinced that everyone would be having fun apart from me. I dreaded it. Instead, I turned up, cracked open the Kombucha, and proceeded to have a great evening, genuinely listening to everyone else and engaging with people instead of zoning out after a few too many. Who knew?

• First Bad Day at Work
My default setting used to be straight to the fridge, glass of wine to ‘decompress’ followed by several more, and then I’d wake up the next morning, still facing the same issues at work, but with a bad headache. This time, I sat with a cup of tea and told my husband all about it.

• First Argument
Tough one, this. When my husband and I disagree, which we do with regularity, I would retreat to a wine glass, remove myself from his orbit and mentally check out. Now, I do all of the above but with a non-alcoholic drink, and my method for checking out is Netflix. Same, but without the headache (and occasional alcohol-fuelled escalations).

• First Party
Again, I dreaded it. We did shots. I had espresso shots instead of alcohol. I ordered outrageously garish virgin cocktails and danced. Sober dancing is possible, people! I did leave earlier than I would have before, but judging by the stories cricling on Monday morning, this was just another of the many bullets dodged when living a sober life.

• First Birthday
This was five months in and involved a Thai takeaway at home – friends visited with a cake and I was lucky enough to be surrounded by people who love me. Job done.

• First Christmas
Slightly tough one, this. Eight months in but still the brainwashing that associated Christmas build up / stress / celebrations with alcohol was there. But the overriding feeling I got was how great it is to be clear headed, present and hangover-free throughout the season. As long as I remembered this, I was okay.

• First Summer Holiday
Again, associations are strong and the first time breaking these can be challenging. But a combination of drinking exotic non alcoholic alternatives, walks on the beach at times I’d be either (a) drinking or (b) recovering and using the “fast forward” method (something outlined in Mrs D’s book and a tool I continue to use a lot) not only got me through, but made me realise that the beach looks, smells, feels a whole lot better with a clear perspective.

Each of these firsts was navigated with varying degrees of expertise, but there was one constant: at no point did I pick up a drink. The Living Sober Members Feed got me through many of these events: knowing something was coming up, I’d post on the forum and receive a swathe of encouragement and advice. I had an army of sober cheerleaders at the touch of a keyboard.
Now, I consider myself a non-drinker for real. And I’ve learned a thing or two about the sober life – here are just a few:

1. I didn’t turn into a bore
This one seems obvious but I’m ashamed to say I thought that drinking made me more interesting. I can be around people who drink, have a laugh, engage in conversation – in fact, not drinking makes me better company because I don’t “check out” after Drink No. 4.

2. I’m Fit
There is no reason to avoid the gym these days. I used to push myself through the odd class with a hangover. Now, I look forward to getting there and my fitness levels have increased massively. I've lost weight and my skin is better but most of all, I feel strong, vibrant and healthy. I haven’t had a sick day since that fateful one, a year ago.

3. I’m Free
Calculating whether there was enough wine in the house / whether driving was an issue / what level of hangover I’d have in the morning / failing at losing weight because the wine and resulting hangover food blew everything out the window / spending money on wine every week / is all gone. Not a second thought, zero f*#k$, given.

4. No-One Really Cares
For some reason, I thought I’d be walking around with a big neon sign above my head that said “SOBER!” But actually, once I told people, they were interested briefly and then moved on to other things. As long as I didn’t interrupt their drinking, or preach, or judge (which I absolutely do not do), they really didn’t care. And the people who love me most were my cheerleaders, making sure interesting non-alcoholic options were available when I showed up at their houses.

5. Mornings Are Cool
I’m a morning person. I think I always was but the booze told me I wasn’t. Mornings are the best time for me to get shit done, making the most of my energy, before the rest of the world catches on. It’s a little secret about myself I only found out when I was over 50. Better late than never, I guess.

Stopping drinking wasn’t easy at first but with Mrs D, Living Sober and a few other resources at hand, I managed to navigate the choppy waters and now I continue to sail down the river of life, sometimes calm and peaceful, sometimes rough and full of white water, but never grounded on the rocks of booze.

And I can still dance.