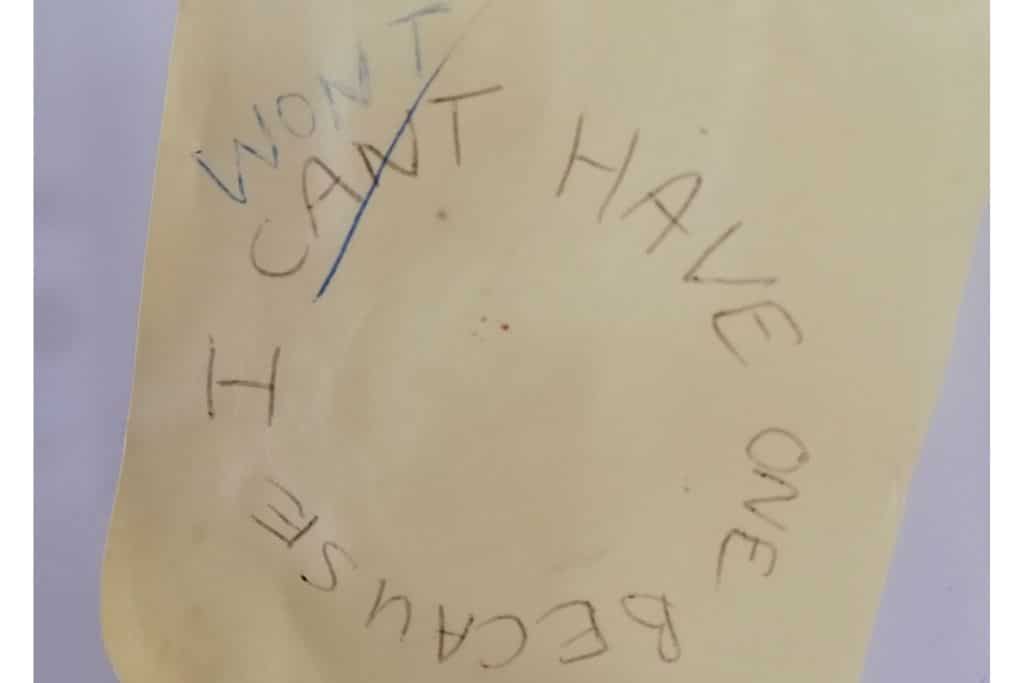 This week's Sober Story comes from Maire a 47-year-old living in Horowhenua.

Maire: My 25 year relationship with wine was never a healthy one. Having never really been around alcohol in my early years, I had never learnt the art of moderation.  From the very beginning, each glass was thrown back as quickly as it could be as I rushed towards the thrill of the wine buzz taking over my body. The only difference over the years was how hard I hit it (5 casks of wine a week or 5 bottles) which was dependent on the life stage I was at. I was a sofa drinker, a dancing on the bartop drinker, a daily liquid lunch drinker, a ‘wake me up before you go out while I have a drunken nap’ drinker. For some reason I’d allowed wine this position in my life that it didn’t deserve. It wasn’t adding anything.  It was just always there. But wasn’t that how it was for everyone? I thought my husband was being unfair when he’d moan about me always having a wine in my hand.  That’s just how it is mate; you knew who you married. And get real – everyone drinks a bottle a night. And I’m NOT acting obnoxious. I’m just trying to relax on the sofa *pass out / snore*. He was really getting sick of it and I hated him having lost respect for me. The kids weren’t that impressed either. I never did anything wrong as such – I just wasn’t there. And I knew it.

Maire: Sometimes I’d try to face up to it and be strong. But boy would my heart beat faster on the drive home from the supermarket when I’d chosen not to buy wine. Oh the panic! What am I doing? And sure enough by the end of the night I’d just tucked into the husband’s beer and pissed him off even more. I would tell friends and colleagues about this ridiculous hold wine had over me and the advice was always the same; ‘just drink in the weekends’, ‘just have one’, ‘just blah blah blah’. It seemed like everyone else found it super easy to ‘just’ drink properly but my stop button was completely rooted. Moderating my drinking was impossible. My naughty gland would kick in and any attempts at ‘just’ drinking would fail. So, it seemed that that was just how it was going to have to be. Living with this selfish habit I didn’t really want because, for some reason, I was rubbish and couldn’t control myself.

Mrs D: What happened that led you to get sober?

Maire: It was one of these ‘I’m rubbish with wine and don’t know what to do’ discussions with my cousin when she asked if I had read that Mrs D book, and lent it to me. Wow. What an intense experience reading that book was. I had been asking and asking the universe for the answer and there it was – all in chapter one! “If you can’t control it – don’t have it”. WHAT? Abstinence? You mean that’s an OPTION?!! Why didn’t anyone tell me???  It sounds ridiculous I know – but completely stopping drinking had never once entered my mind.

Mrs D: That's amazing! So how was it for you in the early days when you quit?

Maire: Like really bad PMT. Oh I hated, and felt sorry for, myself all at the same time. There was a lot of tears and questioning myself ‘Am I really that bad?  Do I really need to totally stop?’ And as the memories that Lotta’s book brought up filled me with shame and sadness, I realised that yes this was the only way. I was just going to have to harden the hell up and realise that I could never drink again. I haven’t drunk since the end of Chapter One.

Mrs D: What was most difficult?

Maire: Analysing yourself is a horrible experience as there’s no hiding anything. I realised it can be very painful to grow and progress. There’s a lot of forgiving and being gentle with yourself that needs to happen as you relive the reasons why you need to make this decision. The most difficult thing was facing up to my shame. But it was also the most necessary step. I had to see myself for how I really was, so that I could say goodbye to that person and move on to being a better me.

Mrs D: How did your family & friends react?

Maire: An old friend of mine said to me, "But Maire – don’t you realise you have the personality that you never needed to drink anyway?" Hearing that was a lightbulb moment for me. I was going to be ok with not drinking because I was me. And apparently I’m not so bad.

Mrs D: Brilliant. Have you ever relapsed?

Maire: Never. On Day One I wrote out a mantra to myself that I stuck to the fridge. I wrote it in a circle so that the words repeat “I won’t have one because (I won’t have one…)’. Seeing that post-it every day really helped, and I’m so proud of its’ tatty self that still clings to the fridge over 4 years later.

Maire: I think a few months. I’m sure at the time I was a wreck, but now that I’m through the other side, it’s difficult to remember the transition to being sober. Maybe it’s like childbirth and I’ve just blocked most of that pain out.

Maire: So damned easy! The trick is to find your drink.  Lemon lime bitters is mine and I love it. I have never once been pressured to drink anything else. It’s such an easy excuse to not giving up - imagining that people are going to assume we’re not our cool selves if we’re not on the wine. The simple truth is, people really don’t care what you’re drinking. They’re too busy enjoying your alert conversation. Of course 11pm rolls around eventually and you begin to realise that everyone else’s heads are filled with the noise of drinking and their attention is zero. Which is fine by me because I quite like my bed, so I leave them all to it and drive my own car home because I can. Bliss. Unless there’s a good song in the speakers, then I’m with everyone else on the dancefloor. Basically, being sober hasn’t changed me socially at all, apart from for the better.

Mrs D: I can so relate. Love a good dance! Also love driving myself home to my nice warm bed. Was there anything surprising that you learned about yourself when you stopped drinking?

Maire: I guess that I’m actually good without it. I don’t have to sneak about or be apologetic for disappointing others. It’s really nice to not have that damned evil twin let me down anymore. I enjoy being a person my daughters can look up to, my husband loves and respects, and that my friends (many of who suffer emotional torture losing their partners to booze) turn to for advice. It feels great to be thought of as someone with strength and validity.

Maire: In some ways it didn’t. The social leprosy didn’t happen for me because I enjoy people too much. The big life change was for my family. You know how it is living with someone who is constantly in their phone all the time? Frustrating and lonely. It’s rude and rejecting. All you want to do is grab that damned phone and chuck it out. You still love the person but they feel further and further away as their attention is all on that one thing. Then imagine what it would be like if your dreams were answered and suddenly that phone was gone. OMG they’re back!!! Now there’s more interaction, fun, your wee tribe feels complete again instead of one of you always on the periphery. That is exactly how it is living with a drinker and what it’s like afterwards. That thing that was in the way of your family life is gone, so you can be together again. It’s magic. And so simple.

Maire: As above. Having more patience with my kids, and being a good role model to them. And always being able to drive myself home from any event.

Maire: Gone through it about 15 years sooner.

Maire: Realise that we live in a society soaked in alcohol. There’s nothing you can do about it, but you can choose not to participate in what is simply a big marketing sham. You won’t escape it but you can rise above it. And there are a lot of others who are realising that being sozzled all the time isn’t the only option either, that’s why there’s such a rise in gorgeous sodas on the market. You don’t have to live your life drinking because it seems to be what everyone else does. By sticking to your guns and being strong in your decision, you’re saying to society ‘You can’t dumb me down with your wine because I’m awesome without it and that’s who I want to be’.