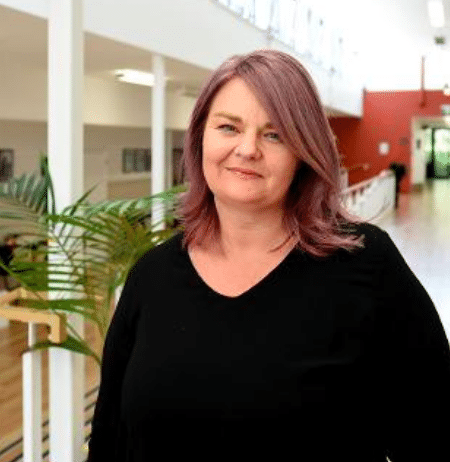 This week's Sober Story comes from Staci, a 45-year-old living in Auckland.

Mrs D: How long since you took your last drink?

Mrs D: Wow, congrats! What was life like for you before you stopped?

Staci: I was hooked on booze from the moment I had my first beer at 14. I loved it immediately and I was never a ‘social’ drinker, I was a binge drinker, once I started I could not stop myself. I was the party girl who loved a good time. I drank to feel happy, to relax, to feel special, to block out emotional pain and to avoid facing reality. In the last couple of years leading up to finally giving up alcohol, my life was spiralling out of control. My mother died after a short illness, her death affected me greatly so I drank more to avoid dealing with my grief. From the outside I looked like I was coping but inside I was consumed with pain and loathing. I would drink to have a fun night and to forget, then wake up the next morning feeling sick and filled with regret and shame. Every night out drinking ended up in a major drama and my relationships with my husband, family and friends were being significantly damaged by my behaviour when drinking. The party girl was not fun anymore, she was a sloppy, crying and angry mess.

Staci: Late one night I was lying on the bathroom floor alone sobbing, I was sober but so sad and in so much emotional pain it felt like my heart was literally breaking apart. I was depressed and the thought of continuing to live like this was unbearable to consider. I knew that I could not continue to do this anymore. The only option I thought I had was suicide. Amid the hopelessness and suffering I cried out a desperate prayer. That small croaked prayer caused a shift in me, there was no angel choir or massive religious experience but I felt a whisper of hope and a glimpse of a possible different future. I got up off that floor and decided to stopped drinking immediately.

Mrs D: I had a similar moment although mine was sitting on the toilet. How was it for you right after you quit? What was most difficult?

Staci: I made a serious decision that night that I was not going to drink again. I did not know how I was going to achieve this but making the decision awakened a drive and motivation in me which I had not experienced before. Soon after that evening I was invited to church and shortly after I became a Christian. My new faith gave me the courage to change and the church gave me a solid support network of people who wanted me to succeed and supported me. Still it was not easy and some days were an uphill battle. The most difficult thing for me was getting my head around the fact that I could NEVER drink again, not just 1 or 2 years sober but forever. Initially I played it down and told myself I just had a wee ‘drinking problem’ but once I accepted I was an alcoholic it became easier to accept that alcohol was like poison to me and it best not to drink poison.

Staci: Everyone was outwardly supportive, but I am sure they had reservations as to whether I really meant it this time.

Staci: In my 20 years sober I have not relapsed, but prior to that I had stopped drinking on two separate occasions for about 6 months. Each time I got to the point where I thought I had changed enough and had proven that I did not have a drinking problem and I could control my drinking so started having ‘just one’ drink. However, within a couple of weeks of ‘just one drink’ I was back to where I started or worse.

Staci: Honestly it has been a long process for me to learn how to function without alcohol. For the first couple of years I was still very raw emotionally and then as the years went on I had to learn how to face my emotions, to deal with conflict and to just cope with a bad day.

Staci: I am very shy in social situations anyway and drinking made me feel confident and fun. Now I have many friends who do not drink so socialising is easier with them. I still find it difficult when going to events where alcohol is served especially if people are getting drunk around me.

Staci: I learnt that I am stronger than I thought I was. When I was drinking, I was out of control, I felt powerless, constantly ashamed of myself and hated myself. Now I have made it through so many difficult situations sober and have had to face my feelings and not hide and it was ok and I am doing well.

Staci: My life is very different now. I have a happy marriage, two wonderful boys and many amazing friends. My life is exciting and interesting. I still like to dance and have a laugh but I love waking up on a Saturday morning with a clear head and plans for the day, no more wasted weekends.

Mrs D: There is nothing so good as a hangover-free Saturday morning! Can you pinpoint any main benefits that emerged for you from getting sober?

Staci: When I was drinking, my relationships were superficial and shallow as I never wanted any one to get too close and see the real me. Now sober, as I learn to like myself more, to open up and share, my relationships have become more real and honest.

Staci: One thing I would do differently is seek professional help and the support of other who have been there before. I just stopped on my own and did not go to any support program and it made it more difficult and I learnt that you need to deal with your ‘issues’ eventually so do it at the start of the process and get there quicker.

Staci: Stick with it, it is worth it! Decide now to NEVER drink again and always remember how bad it was and why you stopped. So, in those low moments when thoughts of ‘just one’ drink creeps in, you will be able to stick to your resolve. The freedom that comes from overcoming an addiction and gaining control back over your life is more valuable and precious than any night out on the booze.

Staci: Do not be ashamed of your past. What has happened is done and no amount of beating yourself up is going to change it. You might have done some awful things while drunk but now you are making changes and doing it differently. Don’t let those past mistakes stop you from living a great future. You can be sober and happy.

Staci has written two books about her story, they're available on her website here. Her Facebook page is here.