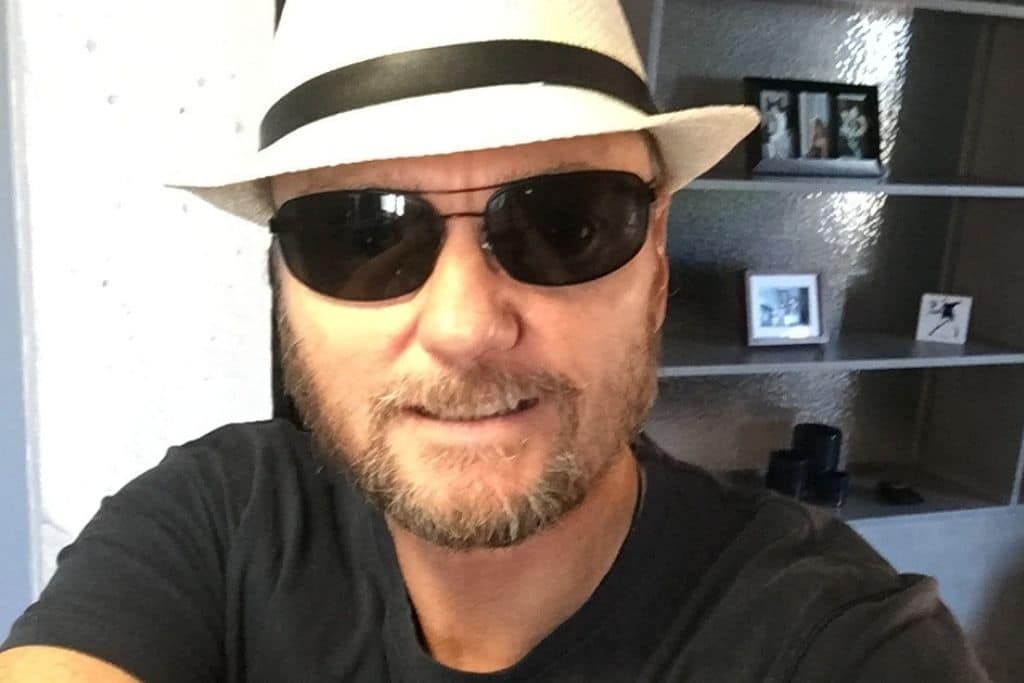 Today's Sober Story comes from Steve who lives in Marlborough.

Steve: I stopped drinking on 4 Feb 2003. I rejected alcohol in my life (the thinking that goes around it) some months later while I was being treated in Ashburn Clinic in Dunedin.

Steve: It’s not easy recalling everything. By that stage I was drinking alone a lot as there were very few people who wanted to drink with me. I used to hunt out like-minded drinkers but after a while, those people disappeared. If I did have people around, I would go to the kitchen to pour them a drink, and would have two or three on my own out of their sight as I needed to keep my levels up. I could drink a phenomenal amount, including two bottles of wine and at least half a bottle of scotch a night, if I put my mind to it. Looking to drink with like-minded people was an important point for later on in my recovery.

Steve: I was living in a small flat in Wellington on my own. I had experienced a relationship break up and felt extremely isolated. I knew my drinking was dangerous and I decided that suicide was the most logical way to end any pain I was experiencing but also to relieve others of any pain I had caused. At the time, the decision was like a very clear revelation to me as the best idea ever. It was born out of a sense of utter helplessness and futility; I could see no other way.

Steve: The sense of letting people down was massive. My family were bitterly disappointed but it was my Mum that I reached out to in my moment of despair and she called the Police. They were amazing and very supportive. I was taken into care and looked after with complete professionalism (firm but caring) and it was these early experiences that imprinted a sense that ‘not all is lost’ and that ‘people do actually care’ that helped convince me to turn my life around. Firm, loving, caring, calm, professional help was what worked for me.

Steve: I felt very much on my own and that I had to do this work for me and not expect much from the family. I think they were quietly chairing from the sidelines, and that is not a criticism of them, but more a reality of the way I needed to take responsibility for my past and future. I had an extremely strong desire to get well. I was sick and tired of being sick and tired, so something just clicked in me that I had a whole bunch of work to get on with and I had to do it for myself. You cannot expect others to make you well.

Steve: No. The Doctors at Ashburn told me I had a choice every day. I could wake up and drink, or not. I disagreed (which worried them at the time) and said that I have to remove that choice from my life. There was to be no internal debate about should I or should I not. I know that’s not the same for all alcoholics but for me it worked, and it has worked for the last 19 years. Drinking alcohol is simply not a choice for me.

Steve: I think I read somewhere that it takes 21 days, on average, to create or break a habit. For me my emotions started to calm almost immediately when I found myself in Te Whare Ahuru in Hutt Valley. The staff were really good, but I could see how unwell others were, so I made a determined effort to get well. I was quite driven early on and it took a while to realise that pushing negative emotions aside was not a healthy way to manage. You have to sit with your emotions sometimes. It’s OK to be angry, sad, excited or whatever, for a while, as your brain needs time to sift and sort that out. So learning about how the brain works as well as working on the emotional elements of the illness was really fascinating. I think that approach helped bed in the ‘Balanced’ thinking I have embraced. What I mean there is that we talked about the physical way the brain works as well as working through the emotional elements, and that was a great balance for me.

Steve: I think for many years as a child I was told to be good, to ‘not be naughty’ and while I can completely understand that from my parent’s perspective, that thinking carried through and I found it hard to express my true feelings. Overall, it took about 2 years for me to really settle into the new me, but because it was a very positive experience , discovering life sober, I was happy to take that time.

Steve: I had no idea how to meet people, particularly women, as a sober man. I really did not know that there was a entire massive, wonderful sober world out there and that most people are not drunks. This realisation, over that two year period, enabled me to develop my sober social skills. I eventually met Karen at a Blind Date. We joined a group in Melbourne called ‘Dinner for 6, or Table for 6’ or something. 6 people (3 guys, 3 women) all go to dinner together and there is no pressure or expectations and you just have dinner and chat to whomever you like. I might have been the only one not drinking, I can’t recall but it was definitely not an issue. Everyone that was drinking was not abusing it, and maybe only had 1 drink each. It was really nice and relaxed and we all had something in common. Karen and I caught up a couple of weeks later and, as they say, the rest is history. We got married in December 2009 and it’s just been awesome.

Steve: Yes. That I could actually live a much better life sober. I found that I am a nicer person sober, and while I always believed I was funny and good company as a drunk, that just was not the case.

Steve: One of the first things I noticed as how much money I was saving! I lost weight and got fitter, but I also noted that sugar can be a cross-addiction for me, but I am not stressing about eating a bit of chocolate. I have struggled with identifying how to relax fully. I work hard, and I need to sometimes take time for myself. I believe you cannot care or be good to others unless you are good to yourself first, and while that may sound selfish, and being an alcoholic can make you very selfish, it is not a contradiction to care for yourself first. Everything needs to be balanced; so I avoided becoming a gym-junkie, or an compulsive worker. I looked for roles where I could work hard on a project for a few months, and then take time off. This is a great model for me. For the last 12 months I have not earned but we have worked on project managing our house build. I am now full time on the landscaping, but I can sense that next year (2022) I would like to earn a bit of money and engage in something else. Developing our Consulting Business now has been ideal for me.

Steve: Obviously my mental health is better and I am able to engage with people with clarity of thought. I have saved a lot of money and able to take on more demanding roles. After I left the Navy in 2012 I joined the UN and worked in some very demanding places, including a senior role in Syria during the war. I could not have done any of that had I been drinking.

Steve: I honestly don’t think so. I was very grateful for the support the Navy gave me and extremely grateful that I managed to get into Ashburn Clinic in Dunedin; the treatment there was outstanding and set me up for life. Maybe understanding that it will take time, that you can’t just flip a switch and become sober and that it is a lifetime of effort but it does not need to be seen as a burden; it’s an adventure that should be embraced.

Steve: Understand ‘why’ you drink and know that it’s not so much the alcohol but the underlying reason for drinking that is the real problem. There are lots of ‘dry drunks’ around who, to their credit, do not drink but struggle every day. I am fortunate that I addressed, with great support, the underlying reasons for my drinking, and that has been the bedrock of my sobriety ever since. I have absolutely no interest in alcohol, I am way to busy and living a full but balanced life that I just don’t have time to be sick again. All of this is entirely possible, you’ve just got to go for it.