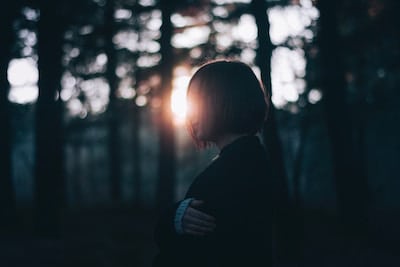 This week's Sober Story comes from Tracy, a 59-year-old living in North Yorkshire in England.

Tracy: I had my last drink on January 23rd 2013. It wasn't planned to be my last one but events took over and I haven't had a drink since that day.

Tracy: I have always been a drinker. I grew up in a pub and both my parents drank ... my Mother especially. I never thought that I would inflict on my daughters what she inflicted on us by being drunk on certain days when we arrived home from school. My drinking was only sociable but as I got older it became apparent that my drinking was a little more extreme than everyone elses.

Tracy: I split from my husband in 2004 and started seeing a man whom I fell in love with. He was an alcoholic and my drinking stepped up a few notches - I was basically keeping up with his drinking. It starting during the day as we met every lunchtime. I didn't like him when he had been drinking and I hadn't so I kept up. Except he would fall asleep and I would carry on.

Tracy: My doctor had told me that my liver was suffering but I chose not to listen and on the day in question I suddenly started vomiting blood ... then blood was pouring from every orifice - nose, ears, eyes .... everywhere. I was rushed into hospital. I had had a varices bleed and my family were summoned and were told that I wouldn't last the night but amazingly I did and I'm still here!! So that was the final straw - the thing that helped me get sober.

Tracy: It was fairly easy at first as I was just thankful to be alive every morning but as time goes on it is sometimes hard.

Tracy: I feel a lot happier within myself and still feel proud as another month goes by.

Mrs D: How are things going for you right now?

Tracy: For the first 18 months my partner stopped drinking as well but he has now started again. I have tried asking him to not drink around me ... to only to drink beer not wine ... but unfortunately he can't seem to do it. So it is difficult, especially as I keep finding wine bottles hidden all around the house. He is a lovely man who works very, very hard but the drinking thing is becoming more of a problem.

Mrs D: How is this making you feel?

Tracy: I haven't had a relapse because I know that one more drink would kill me. I don't think that I will ever relapse but who can say. The most difficult times for me are when we go on holidays, maybe there should be sober holiday camps ?! Places where we could meet up for drink free holidays.

Thanks for listening and any advice or feedback would be very welcome.