Sherry: I’ve been sober for seven years but I always say it took me two years to get my head on straight so I’ve only been in real recovery five years.

Sherry: I was spending every evening, up in my bedroom with the television and huge glasses of wine that I continued to refill until I’d either had my fill (not likely) or passed out (more likely). I was isolated from my family. I didn’t accept any social invitations unless they involved drinking (and missed some important school events in the process) and even when I accepted those I only stayed a little while; preferring to return home where I could drink properly – away from judgement. Fortunately that only lasted a few months because when the drinking finally took me down…it took me down hard and fast. I knew I was in trouble when I started raiding the liquor cabinet after I’d run out of wine. I never touched anything besides wine but at the end I was pouring myself a healthy rum and coke even though at that point I could barely walk, everyone else had long since gone to bed and I knew I should be in bed also…but I just couldn’t stop. It was always more, more, more. I made my children cry because they couldn’t stand to see me slur my words, stumble just keep drinking. That hurts the most and I hope I NEVER forget that. Worse than the drinking was the obsession with drinking. The constant thinking about how, when, where and how much. The planning and rationalizing and planning and thinking about how it would taste and how it would feel and not being present in my ENTIRE DAY because I just wanted to get to wine o’clock. Just thinking about that now makes me shudder.

Sherry: I had been trying (and failing) for a while to quit. I had discussed it endlessly with my husband but could never completely get a grip and actually quit. I’d go 2 or 3 months, pronounce myself ‘fine’ and then start drinking again. At first it would be one glass every few nights but eventually (quicker each time) I’d be back to 2-3 bottles a night and leaving myself notes around the house that said, “normal people don’t drink like this”. So true. Then, one evening I came up to bed and told my husband that ‘we had to talk”. He propped himself up on one elbow and said, “I think you’re drinking too much.” It might sound like nothing to some people but never, in the 30 years we’re been married had he ever said anything like that to me (and we drank A LOT in the 80’s). He was sick of hearing me talk about getting sober and even sicker watching me slowly kill myself. I never took another drink.

Sherry: It was hard as hell!!! The most difficult at first was getting over the cravings. It was like when I quit smoking, there were just certain things I was used to doing with a glass of wine and not having it was HARD. Then came the fear…who was I if I wasn’t the party girl? Was I an alcoholic? If I was, did that make me just like my dad? Or my sister? (Both of whom destroyed not only their lives but the lives of everyone around them.) I had no idea who Sherry was and no idea how to find her. All I could do was trust that drinking was not the answer and that God would bring me out of this.

Sherry: Family was incredibly happy and supportive. They were happy to have me back. Most friends were shocked – they had no idea things had gotten that bad. Some didn’t know how to approach me. It was definitely uncomfortable for awhile. Mainly I just became a hermit and stayed in. I lost some friends. Other relationships became stronger because the sober me was more genuine. My oldest friends were like family – they just loved and supported me. You really find out who and what is important when you quit drinking.

Sherry: Not after my husband said those words to me. But before? Yeah…seemed like I was quitting and going back every few months. It was exhausting.

Sherry: I think about six months. Every day was a little better so it kept me going forward. I slept (a lot) sometimes going to bed right after dinner. Sober sleep is the BEST! I hadn’t realized how poorly I’d been sleeping until I quit drinking. I still love snuggling into bed at night and just being mindful of how good my bed and pillow feel. Waking up is also the BEST because I’m doing it with no hangover. That never gets old. I read a lot of recovery books and started reading blogs and other online resources which was a great source of emotional support for me. Just knowing there were others out there who had been through and were feeling what I was feeling gave me the support I needed to remain committed to sobriety.

Sherry: At first it was incredibly hard. For that reason I stayed in…a lot. There were certain friends’ houses that I couldn’t go to because they were wicked triggers for me. It seemed that no matter where I went or what I did I was uncomfortable. Even the grocery store made me feel uncomfortable because I used to walk up and down the wine aisles choosing which wine I would have for “dinner”. Getting a manicure made me want to go on “date night” with the hubs which is when I did a lot of drinking. Shopping for makeup did the same thing…like I said – at first it was everything. But then I began to focus on what I was gaining instead of what I had lost. I started enjoying just being at home with my family instead of missing going out. I started watching TV at night with my husband instead of isolating in my room. I bought fun, fizzy kinds of drinks as a treat. I scheduled massages and acupuncture rather than manicures and pedicures. Eventually I started to feel better and better and better.

Sherry: YES! I figured out that I was an introvert!!! Alcohol gave me a false sense of security and therefore made me think I was an extrovert. In realizing my introverted nature, I was able to begin to give myself what I needed to recharge. Rather than going out after work and being the life of the party, I began coming home and spending a little bit of time alone (which is what introverts need). Rather than getting energy from people externally, which sucked the life out of me. I finally understood why, after a day at work where I had to be “on” all the time, I was so exhausted while my coworkers were energized! Going out for a drink after work made me feel like one of them when, in reality, I wasn’t. It was life changing.

Mrs D: How else did your life change?

Sherry: Apart from what I mentioned above, I can’t list the ways my life has changed…there’s just not enough room. I’m finally figuring out who I am and why I turn to other things to find happiness. I’m understanding that happiness doesn’t come from the outside but from the inside. In recovery I’ve uncovered issues from my past that I’m tackling head on and with a passion I didn’t know was possible. I’ve learned how to process my feelings in healthy way rather than stuffing them down. I can promise you that doesn’t work. They only stay stuffed down for so long…then they come back and bite you on the butt. My relationships with friends and family and my husband and especially my children is genuine and healthy. I’ve always been an up front and honest person…an open book…but now I’m honest with myself and that makes me a better person which makes me a better wife, friend, mother and human.

Sherry: My relationship with my children is the biggest benefit of all. I got sober when they were entering high school. It was an important time for them as they made decisions about drinking and drugs for themselves. I was painfully honest about alcoholism in our family, their chances of becoming one and the impact alcohol had on my life. I think it has helped them make decisions on their own. The other benefit is the relationship I have with myself. After a lifetime of feeling not good enough and never fitting in anywhere – including in my own skin – I’m on a path to figuring out who I am and what I need. I never could have done that while hiding inside of a wine bottle.

Sherry: Nope. I believe there are no mistakes and that God has a plan. This is his for me and I’m grateful for every second of the way the last five years have unfolded.

Sherry: Don’t believe the lies your addiction tells you. Commit to at least 120 days and stick with it. You can always go back to drinking after that time if you like. But during that 120 days, pay attention to all that you are gaining by being sober rather than what you are missing. Focus on the mornings without hangovers and the evenings of blissful sleep. Pay attention to the faces of your children as they smile at you because they know you’re going to be there for them. Spend time with the friends you’ve cast aside as your addiction took hold and feel the love and compassion they provide you. Have sex you’ll remember in the morning. Read books and watch movies that you can tell people about the next day.

Sherry: Just that this shit is HARD. Nobody is trying to say that it isn’t. But it’s worth it. Sure I have moments (very few now) when I romanticize my former drinking life and wish that I could sit on my back porch on a spring afternoon and have a cold glass of Chardonnay like the grown ups…but I can’t because I know, without a shadow of a doubt that I’ve never wanted just one drink in my entire life and I still don’t now. Thinking about drinking means getting drunk to me and, if I’m honest, that stopped being fun almost the moment it started.

It’s HARD but you’re worth the effort. 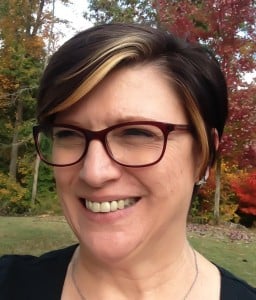