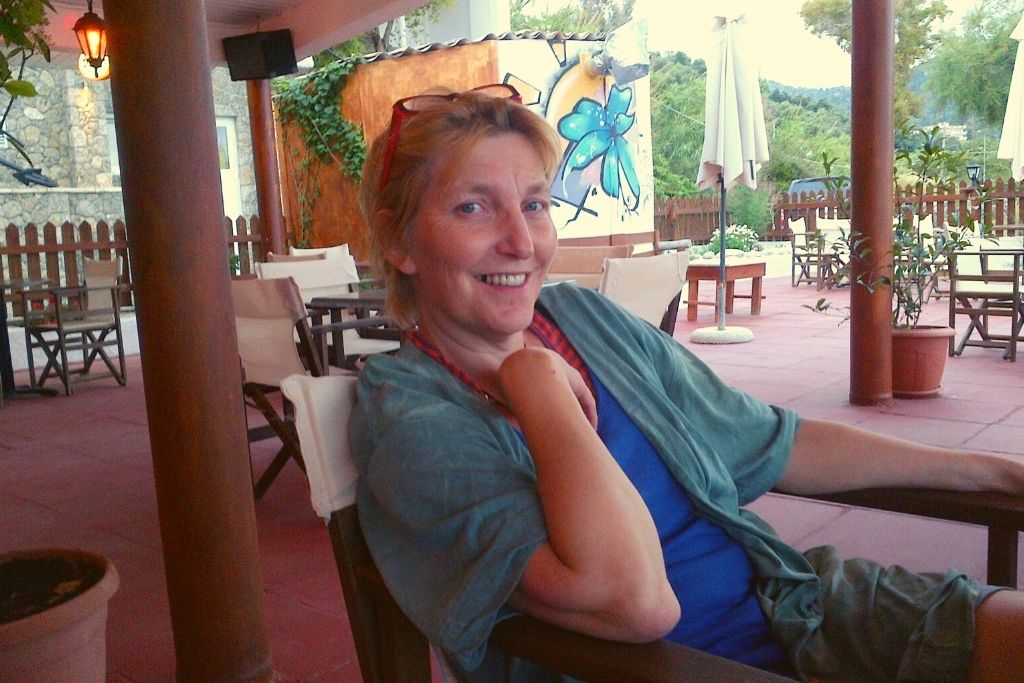 Mrs D: What were things like for you in the lead up to quitting?

Sarah: Well, where do I start? I had been drinking heavily for many years – since the age of 16 really. I was that person who was asked to leave the party, who couldn’t remember anything the next day, who was constantly full of shame and remorse, and whose friends gradually drifted away; but of course, it was their fault, not mine – how dare they treat me like that! After a failed marriage and two long and painful relationships with alcoholics (clearly I was as drawn to them as they were to me) I met my current husband. Of course, I continued as I was and he spent several years telling me I was drinking too much, arguing with me about my intake, and leaving me a couple of times because he simply couldn’t take it. Each time when he came back, I was sorry, sad, and promised to do my best to moderate. Naturally this failed! By 2013, after we had been together for 12 years, I was at the stage of hiding bottles, hoping he would take the kids out in the evenings so I could drink and going to bed every night unable to remember doing so. Somehow I held on to my job and functioned perfectly well in every way – but then we rarely went out so I could get drunk alone at home, with no one to really annoy. The youngest children were 13 and 7 – my eldest was 23 and had left home many years previously. She had been the brunt of my drinking for too long – the guilt I feel is immeasurable but we now have the most positive and close relationship ... she has forgiven me – although will never forget…

Mrs D: What happened that led you to finally put the bottle down?

Sarah: In October 2013 we had a rare opportunity to go out and stay at a hotel for the night. We decided to go to my sister’s home town – a few miles away and arranged to meet her and her partner in the hotel after having spent the day shopping and walking round the town. Unfortunately, we saw a pub and I persuade my husband to stop for a drink. A drink turned into an afternoons drinking and by the time we met them I was so drunk I could barely stand. Despite this we went for a meal and…well that is the last I remember until waking up the next morning in the hotel. I had no idea how I got there or what had happened. One look at my husbands face though told me all I needed to know. I had screamed at everyone in the restaurant, staggered out, tried to hit him and then finally passed out when he got me back.

Sarah: This was a new shame – a dreadful shame I had never felt before – I mean everyone knew I had a problem but I had managed to cover it up – now my sister really knew and I had embarrassed her and her partner and of course, myself. I called her and she was cold and clipped. I cried all the way home and went to bed for most of the next week.

Mrs D: And that was it? You just quit then? How was it for you in the early days?

Sarah: I hadn’t really made a concrete plan to stop for good at that point but as the weeks went on, after the dreadful, painful psychological agony of that first week when I could do nothing but cry, I felt that this was a time to try. I had loudly announced so many times before that I was stopping - and once lasted 7 months - but somehow this time felt different. I told no one, just didn’t drink and each day was a new one to start again without a drink.

Mrs D: Was it hard work?

Sarah: It was difficult, yes. Paul bought some gin over Christmas assuming I would want some and I just ignored it – watching the family having a few glasses wasn’t easy but my eldest daughter’s face, full of hope and belief in me meant I simply had to continue. Sometimes I was tempted to have one, but then I counted backwards. I had been a (slow) runner previously but now I went a bit mad. Every time I wanted a drink I went for a run! Sometimes I felt I could have run the 60 miles to the coast the urge was so strong, but the feeling when I got home was my reward.

Mrs D: What about your friends and family, how did they react to you getting sober?

Sarah: Initial disbelief and wry cynicism – I had promised so many times and failed. Seven months was my record and then I decided to ‘moderately’ drink (although going on an all-inclusive holiday the day after my seven month anniversary may not have helped…). After the first Christmas though, I think there was a subdued and careful belief in me…my younger children, who hadn’t been as aware began to notice that mummy was nicer and calmer and of course my oldest daughter was over the moon. I managed to spend time with her and properly talk through the times I behaved so badly, to apologise for the mess I had made her childhood and to finally get her unconditional love back.

Mrs D: That's so great. Did you ever relapse?

Sarah: I would say between six months and a year; having said that though – there are still times I experience weariness and intense emotion (could be my age though….!)

Mrs D: Oh, same here! How hard was it getting used to socialising sober?

Sarah: Our socialising had calmed down a lot - we weren’t going out anywhere near as much as we used to - so the first few times in a pub were slightly tricky. I just found myself getting bored by drinkers and bored of the horror that greeted me when I said I wasn’t drinking! A lot of people though, were very relieved!

Sarah: Having spent over 30 years being a short tempered, sensitive rage flying into person, I was astounded to find I had reserves of patience and kindness; I am actually quite pleasant! My husband still talks about how much nicer I am. I used to be constantly angry and on edge and the one who would cause the arguments – now I find myself stopping them…

Sarah: I became, and am still becoming, fitter – I actually ran a 10k race after being a year sober. This achievement was so huge, so life shattering to me that I still can’t quite believe it (but I have a medal so it must have happened!). I have more faith in myself now. I have started writing for a local magazine and have had 40 articles published; I get up early and want to do things; I have a new grandson who I can spend time with ( I doubt my daughter wold have allowed me near him in the past); I go for walks with my younger children; I play with them, I laugh…

Mrs D: All so fantastic! Are there any main benefits from getting sober that you can pinpoint?

Sarah: Without a doubt, getting my daughter back in my life. I had no idea how much I had hurt her, how much pain I had caused her.

Sarah: I don’t think so – I would have done it years earlier of course, but then it happened when it did because it needed to.

Sarah: Just that my life is 20 times what it was. Things still go wrong; bad things happen and life is hard – but it is so much easier to cope with everything looking away from the bottom a glass.