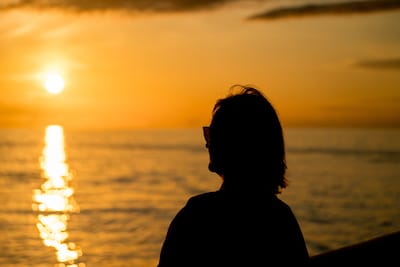 This week's Sober Story comes from Patricia, a 69-year-old living in Wellington.

Patricia: I have been in recovery for 29 years.

Patricia: I don’t really know when my drinking became a problem. I had everything I thought I wanted, a husband, a good job that I loved, the standard of living that I believed I deserved. We had a yacht and spent our free time with the sailing crowd. There was a lot of heavy drinking going on and I didn’t think I drank more than anyone else. My occasional indiscretions were forgiven and I just fitted in. I can’t put an exact time on it but eventually things just weren’t fun anymore. I was anxious and depressed and there was no one to talk to about it. I had to drink to socialise and keep up the pretence of being the life and soul of the party. I became worried about my drinking. I tried to control it in various ways. At one time I honestly believed that my problem was not having the right wine glasses. If I bought myself some beautiful wine glasses I would drink “like a lady” and not end up a dribbling mess. Needless to say, by that time I was losing touch with reality! What I remember most of all was that I felt detached from myself. I felt that I dressed my body in the morning and went to work and became the person they wanted me to be. I came home and became the person my husband wanted me to be. There was nothing of me left.

Patricia: The final straw was that I had a blackout. I don’t mean a hazy recollection of the night before but a complete blackout. One minute I was in a bar with a group of people the next minute I was in my bed with vomit on the sheets and the bedroom in a dreadful mess. I had no idea what had happened. I found my husband in the kitchen and when he told me what I had said and done, I didn’t believe him. But there was no way to argue – I had absolutely no recollection of the whole night. I have met people since who had regular blackouts and continued to drink – but for me it was the end. I was absolutely terrified. I rang every organisation in the phone book with “alcohol” in their title and, by sheer luck ended up with a cancellation appointment with a counsellor at the local alcohol and drug service.

Patricia: I felt better physically almost immediately when I stopped drinking but the most difficult thing was the reaction of those around me.

Mrs D: How did they react?

Patricia: My husband was seriously underwhelmed with my decision to get sober. I didn’t look like a drunk - we didn’t look like a couple with problems and he felt I should just cut down a bit and carry on as before. Acquaintances were surprised and seemed to consider my abstinence as a reflection on their own drinking habits. And I quickly realised that I didn’t have any friends.

Patricia: Abstinence was not a problem for me – day to day living on the other hand was almost impossible. My counsellor suggested that I try AA to get some support, but attending meetings horrified me. I believed I wasn’t like those people. I had nothing in common with them and I didn’t hear anything in their stories that related to me.

Patricia: My anxiety levels reached alarming proportions; I could barely go to work; I saw conspiracy everywhere and the only person I trusted was my counsellor at the alcohol and drug service. She suggested I go somewhere “safe” which is how I ended up at Queen Mary Hospital in Hamner Springs.

Mrs D: Was there anything surprising that you learned about yourself while you were there?

Patricia: What I learned from my weeks in treatment was that I may be a flawed human being, but so is everybody else. That knowledge enabled me to connect with other people. I was no longer alone. This was way back in the 1980s and it would be great to say that everything was plain sailing after that and I lived happily ever after but life isn’t like that. My marriage ended a year after I returned from treatment. The poor man hadn’t signed up for the person I had become. I found that going to AA meetings was a great comfort and I made some wonderful friends there. I lived a rich and busy life in a lovely townhouse in the city and was content and happy.

Mrs D: Was it all plain sailing for you after that?

Patricia: After a two years I had a bit of a dark night of the soul when I realised that the journey would be lifelong but I didn’t relapse and, once again, I had my network who rushed in like the cavalry with support for me. After five years of sobriety, my new way of life seemed sufficiently engrained for me to stop thinking about it constantly and do the right thing instinctively – well most of the time! I must admit I have made some major mistakes, but I survived, with a little help from my friends.

Patricia: A couple of years ago, when I had been in recovery for 25 years, my dear mother died. She was very old and it was totally expected. I had a lot of practical things to do and while I was about my business I thought I would buy a bottle of wine. It seemed like the most logical and ordinary thing to do. I didn’t buy the wine, but for a moment I re-lived the feeling of terror and lack of control that I had felt all those years ago. I think relapse is an insidious thing and it is important to be aware that it can creep up on you. As a dear friend of mine said, “You expect the thought to come with a fanfare – but it comes like a whisper”.

Mrs D: How are you with socialising sober?

Patricia: Something I learned about myself early on in my journey is that I don’t like socialising with large groups of people. What I learned as I grew older was that I don’t have to. Because I am quite warm and chatty with close friends, people assume that I would love to join clubs and do fundraisers where I can meet lots of new people. These days I feel free to politely tell them the truth and to remain firm if they persist.

Patricia: I am totally unqualified to give advice to anyone starting on this journey. When I began my thought processes were seriously flawed so thinking my way out of the situation I was in would have been fruitless. I have blundered my way through, often reaching absolute desperation before I took the next step, and I have ended up with a happy life.

Patricia: Recovery is not a reward for being “good”. My experience of sponsoring others in AA led me to believe that everyone has the seeds of their own recovery in them. Their journey may not be the same as mine – but it will be right for them. The best advice I can give is to relax and try not to be afraid. Many have walked this path before you and we are walking beside you whether you know it or not.