Mrs D: Tell us about your drinking habits and what led you to give up for good…

Marilyn: My heaviest drinking began after my divorce, at the age of 49. I suppose the saying “there is no fool like an old fool” applies here. I was always a big drinker, but my watchful, English husband kept me in check (he would kiss me hello on my cheek and I could hear him breathing in to detect the smell of alcohol). Mitigating factors like my young children and owning an Art Gallery kept my alcoholism in check, but after the divorce I closed the gallery and my kids were becoming independent. I was left to my own, dubious devices and I was pretty much drunk for the next few years. There was a string (is 3 a string?) of bad, enabling boyfriends and worse, I moved to a small island in The Bahamas. Do not get me wrong, the islands were gorgeous. But the lack of supervision, lack of rules and the abundance of partying and drinking created the perfect storm. It sent my over-drinking into over drive! By the time I quit drinking I had tried to quit and failed ten times. I had knocked out my front teeth twice (porcelain laminates), fallen off bar stools, wrecked cars and golf carts and generally made a fool of myself. I heard later that they called me “the crazy white woman on the hill”. In the end, I spent all my time drinking or mopping up in the aftermath of drinking. My world became very narrow. When I think back on it now, it seems like it happened to another person…

Mrs D: Crickey! That’s one spectacular elongated binge you had there. Can you pinpoint any particular incident that really got you thinking you needed to get sober?

Marilyn: The Christmas before I quit drinking I was completely out of control. On Christmas Eve I passed out right after dinner, before we could open the special family gifts and my daughter was forced to perform all the long-standing family rituals on her own. She was unable to wake me. It still makes me sad to think about it, and it took another seven months to finally get sober, but that was when I knew it had to happen.

Mrs D: How hard was it when you quit?

Marilyn: It was pretty tough. I did it white knuckle, without any professional help. I had no tools in my sobriety toolbox. But, I told myself I could do anything but drink alcohol. I allowed myself any indulgence with sugary treats, soda or high calorie foods (something that came back to bite me later on). I drugged myself with Sleepy Time tea at 5 in the afternoon and went to bed – shortening the days and lengthening the nights. The most difficult thing was how LONG the days seemed. Drinking had taken up so much of my time, I didn’t know what to do with myself. I had no interests left. I remember when I felt like getting in the car and going to the liquor store I would say out loud, “NO!” For some reason that worked for me.

Mrs D: I love that, good technique. How did your family & friends react to new sober you?

Marilyn: 100% support. My friends and family really thought I was going to get killed, or worse kill someone else. My best friend suggested I start writing a blog, and I began writing a daily account of my sobriety journey called: “Waking Up the Ghost“. It has a large, robust following now, and I have been able to help many people get and stay sober through my writing.

Mrs D: Love your blog. Have you ever relapsed?

Mrs D: Did it take a while for things to calm down for you – emotionally & physically – after you quit?

Marilyn: Honestly? Two years. I lived a half life for two,solid years. I gained weight, suffered a resurgence of a long dormant eating disorder and I was sober, but unhappy. At the text book “advanced recovery” point, almost to the day, I started feeling like myself again. Better than my old self. That’s when things started to really fall into place. I got a great job as the Director of Marketing at Sanford House – an addiction treatment center for women, in Grand Rapids. My world began to get wider and fuller – I rekindled old friendships and reclaimed former interests and activities. I started hiking and exploring and eating right. I gave up sugar and took up reading for pleasure again. I began to dream again – literally and figuratively. I have taken the CCAR Recovery Coach training, and as an addiction professional I read and research everything I can get my hands on about new advances and successful methods of helping folks get and stay sober. It is my calling and my avocation. I still write my blog “Waking Up the Ghost” just about every day. I am responsible for all the website content at Sanford House, and we use “Waking Up the Ghost” and the Sanford House articles in group sessions. We have a cadre of talented contributors that write for us (including Mrs. D) and I think we provide some good information to women (and men) who are in the early stages of recovery and beyond. It is good work and great fun.

Mrs D: Yep I love writing for your site knowing the articles are used in group sessions. Your drinking was so outward and social – how hard was it getting used to being out and about without a glass of booze in your hand?

Marilyn: I have finally concluded that for me, arriving early and leaving early probably works best, especially if drinking will be involved. I just run out of patience at a party or a bar after a couple of hours. You can only drink so much gassy water and it is rare indeed to have the kind of non-alcoholic options, found on this website, available at most get-togethers.

Mrs D: Tell me about it! The joy of being offered a non-sugary mocktail never gets old. What about self-awareness? Was there anything surprising that you learned about yourself when you stopped drinking?

Marilyn: Yes! I never realized how much my social awkwardness was a driving force in my excessive drinking. I am MUCH more inhibited now that I am sober. I am clear-headed and whip smart, and it seems like I should want to stand up and shout (or dance on tables), but I am a lot quieter. My friends tell me I am funnier and certainly more interesting than when I was drunk, but I’m not sure I’m buying that. The good news is that I remember what I say and if I’m the life of a party now, it’s for all the right reasons (not because I fell down the stairs or caused an “incident” with a good friend’s husband…).

Mrs D: You’re painting a picture of a life hugely turned around  ….

Marilyn: My life changed completely and overwhelmingly for the better. I went from being dried up and washed up, to being someone who has reinvented herself at an age when most people are settling. I look great, feel great and I have never been smarter. Everything gets better daily. I have a great job, I live in a lovely apartment, I am doing meaningful work in my chosen field and I am enjoying the world – more than I have for a long, long time. I am humbled. I am more properly cautious. I am grateful for this amazing resurrection.

Mrs D: Wicked, so happy for you! Can you pinpoint any main benefits that have emerged for you?

Marilyn: My very favorite thing about sobriety is the morning. Waking up without the feeling of dread, remembering exactly what happened the night before, and no headache or nausea. My second favorite thing is telling the truth, the whole truth (and nothing but the truth). I love clarity of thought and (other than a lingering memory of the azure water in the islands) the lack of regret…

Mrs D: Would you change anything about how you got to this point?

Marilyn: Absolutely. I would go to rehab. 90 days of rehab. If I had been able to do that, I could have gotten to the root cause of my alcoholism faster and I could have short-cut some of the things I learned intuitively or late in the game of my sobriety. Other than that, it’s been a crazy, wonderful ride. The journey (rocky as it has been) is the destination.

Mrs D: True that. Any advice or tips for Living Sober members who are stuck in the tough early stages of sobriety?

Marilyn: Corny as it sometimes sounds, take it one day at a time. Breaking this enormous task into smaller sections allows you to celebrate the numerous milestones along the way. And you have to be ready and invested in your sobriety for it to work. This is your recovery – no one else’s, so be your own advocate and do what works for YOU… If you are a member of Living Sober, it is a good start – community is all. Isolation is the biggest pitfall to sobriety.

Marilyn: Yup. If for no other reasons, get and stay sober for your looks and your pocketbook. My hair, eyes and nails are so much healthier now that I’m sober. And according to the $$$ counter on Living Sober NZ, I have saved $47,000 in the last 3 years (now if only I had put it in the bank…). 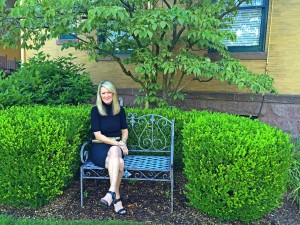