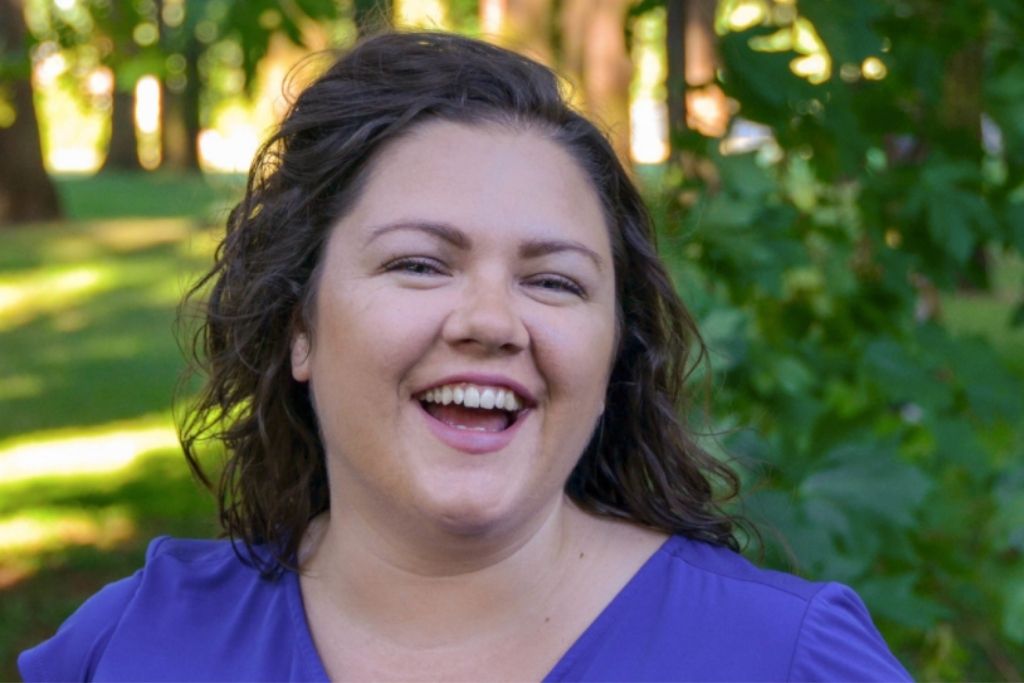 This week's Sober Story comes from Olivia (Liv), a 40-year-old living in Portland, Oregon. She writes the awesome blog Liv's Recovery Kitchen which is full of delicious recipes and wellness resources.

Liv: I wrote about it in detail on my site (here). Essentially, what I recall was a sense of pain so great that I couldn’t breathe. I felt a chasm of loneliness and such utter despair. I was so fractured within myself. I felt disconnected from the world and those around me. My relationships had broken down because the scales always tipped toward my priority, drugs. My sole purpose in life had become the procurement of drugs and consuming them in greater quantities than I had planned to, or wanted to. Despite the consequences stacking up, I was still using. I was forever setting out with great intentions of controlling my using, or abstaining, and was always flummoxed when I ended up in a mess, again and again. All of the things I said I’d never do, I did. The plans and dreams I had for my life felt like a distant memory, that I wasn’t deserving of, and were entirely unobtainable. I sat there as an observer to my life, watching the destruction before me. Wondering, why me? What did I do to deserve this? And is this it?!

Mrs D: That sounds intense. What finally tipped things over for you?

Liv: I suffered with crippling depression and those close to me were very concerned by my mental and physical state. They flew across the world to help me. I left my job. I had always thought that my job was my identity and I was finally left with me. Seeing that lack of identity shone a light on my brokenness. In some ways that awareness acted like a catalyst toward recovery. With no commitments, I had a monumental blow out for a couple of weeks. The last weekend I drank 14 bottles of wine and took an entire packet of codeine. I spent three nights on the bathroom floor. That is when I reached that jumping off point they talk of: my choices were getting help or death. I reached that place of surrender. I did not have the energy or the will to carry on. Something inside of me, at a guttural level, said ENOUGH. I’m not sure how, or why, but I chose life. I chose to get help.

Mrs D: Thank goodness, I'm so happy for you! How did you find not drinking in the early days? What was most difficult?

Liv: I reached out to someone close to me and they gave me a meetings list. It took all my muster to summon enough courage to walk through that meeting door. I did. I said, hello, I’m Liv, and I’m new. I’m told that I collapsed into a heap on the chair. This was complete defeat, and I knew it. I practically walked through that door at step three: I had seen the powerlessness I suffered with, the consequences before me and the insanity and I knew that I couldn’t, I just couldn’t do it anymore. So I asked for help. It was as if I was carried that first month. I was scooped up and some very kind people laid out a path before me. I just took the next step. Those steps were doing the next right thing. I went to meeting after meeting, coffee after coffee, and vigorously worked through the steps. And slept like I hadn’t slept for years (I hadn’t). What was difficult, was life. Someone turned the volume right up and turned on all of the lights. Life was so loud it was deafening. I realised my fragility. I was like the lightest eggshell made entirely of broken pieces. And that is how others treated me, like a chick having just been born. Because I was. I was a baby. I found it so difficult realising this. I thought that the only problem I had was my inability to stop using. I had no idea that the problem lay at my feet, it was me. I was the problem. I couldn’t comprehend feelings, who I was, how I had got to 32 with no idea of who I was, or why I did what I did. I felt incapacitated. I was. Slowly, but surely, I was shown how to navigate life. I started over. And it was the best decision of my life.

Mrs D: How did your family & friends react to you getting sober?

Liv: Relief and disbelief. They’d heard it all before. They needed to see me making meaningful changes, consistently.

Liv: No, thank god. I have a solid step one. I have truly and utterly surrendered to my inability to use drugs, in any form, successfully. For me, to use, is to choose to die-because that is what will happen. I’ve played that script so many times. I’m done. And drugs won’t solve my problem with life, they’ll just make it worse. I know this at the very core of my being. And I hope that I never lose sight of those facts.

Mrs D: Ditto. How long did it take for things to start to calm down for you emotionally & physically?

Liv: Does it ever calm down? Perhaps it lessens... Physically, I recovered quite quickly. My liver regenerated within 8 weeks to the normal range. I had gained ten stone, which I’ve lost a third of, perhaps more. That is something I am constantly working on. Emotionally, I’m significantly less raw. I’m less volatile. I’m more able to engage with the world and the people in it. And I am better versed at learning its language. I’m still practicing at responding and not reacting.

Liv: Very. I avoided pubs for the first year and felt very uncomfortable. I was acutely aware of both others drinking and the abnormality of me not. But I pushed through and I learned how to do life sober. I realized it’s just as normal not to drink. Who knew it would be more fun?! Who knew there are so many things to do that doesn’t involve filling your body with liquid to the point that you’re sick, talk rubbish, fall over and pass out?!

Mrs D: Exactly! Was there anything surprising that you learned about yourself when you stopped drinking?

Liv: Yeah, me. I hadn’t realized that I am funny, creative, talented, strong, driven, determined, independent, resilient as hell, courageous and brave. I’m a bloody warrior. Not many have faced death and made a 360. That is something I am proud of.

Mrs D: How much your life has changed since you made this incredible turnaround?

Liv: Immeasurably. That broken shell is firmly cemented with recovery. And it is full of life, hope, meaning and purpose.

Mrs D: Any  main benefits that have emerged for you from getting sober?

Liv: I am engaged with life today. I am present to take part in it, and I enjoy it (most days). I am building a career for myself based upon my suffering and experience. I am able to help others. I have a life that I want to take part in today.

Liv: Yes. I wish I hadn’t waited as long as I did to find recovery. But that was my journey.

Liv: Throw yourself into recovery like your life depends on it. It does. And the goal is not to fix you, but to learn how to be you and engage in a world that you want to be part of.

Liv: Yes. Know that you’re worth it. We all are. We are brave and courageous beyond measure. And we need to focus less on our brokenness, and see those broken pieces as stars of brilliance.