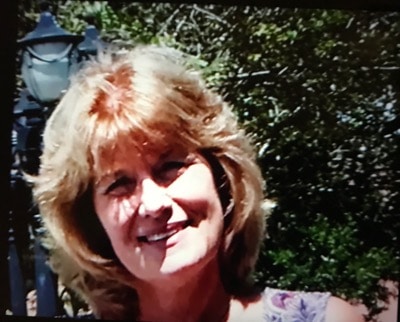 This week's Sober Story comes from Laurie, a 62-year-old living on Long Island in New York.

Laurie: My last year before I admitted defeat was getting a bit scary. What used to be fun was no longer. At this point I pretty much had to drink. Could not go more than a few days without. I was hiding bottles in some closets, stopping at the liquor store on my way home after work 2 or 3 times a week. I would buy a bottle of soda, a pint of vodka and sit in the parking lot taking a big swing of vodka then a sip of soda. I would get that Ahhhh feeling and drive home. My husband (second marriage) was a wonderful man but he was getting fed up. Once I started I didn’t want to stop and I didn’t !

Laurie: The final straw was when I decided (after a bad night of drinking) to quit. I stopped for 2 weeks and it was hell. At the end of the two weeks I drank myself into oblivion. And I didn’t care. I had a huge sense of relief when I took that first drink. The battle was over and King Alcohol won again. The next morning my husband looked at me with disgust. I had never seen him with that look before (that I could remember LOL). I knew of AA but knew no one in the program and had no idea how it worked. But a friend of a friend had a meeting list and told me where I could find a meeting the next day and I went...

Mrs D: Good on you! That was a brave move. How was it for you in the early days? What was most difficult?

Laurie: The early days were not horrible, but I had some really rough days. Once when I wanted to give in, I poured myself a large glass of water, held it up and prayed to God to turn it into wine but he did not hahaha. At this point it was night time and the liquor stores were closed. I swore to myself that if I could just get through this night I would be at the liquor store next morning and I could drink. With that plan In my head, I went to bed. The next morning the craving was gone. That’s when I finally started to feel like maybe I had a shot at this.

Laurie: Boy were they happy!!!!! Lots of support .

Laurie: No I have not relapsed to date. I will have 5 years June 1st.

Mrs D: That's so epic. Well done you. How long did it take for things to start to calm down for you emotionally & physically?

Laurie: It’s funny because I actually felt really good and almost excited about my sobriety in the first year. I had some rough days but because I had gotten through that first rough night I knew I could do it again. In my second and third year life happened and my sobriety started to feel boring, I was feeling resentful, a bit bitter. I thank God for AA because the steps is where I found my gratitude and grace. Physically I feel awesome!

Laurie: VERY HARD for me. I was annoyed that people were drinking, laughing and having a great time while I was drinking a Diet Coke. How dare they! But as I continued on my journey it just got easier. Time takes time.

Mrs D: It sure does. Was there anything surprising that you learned about yourself when you stopped drinking?

Laurie: I found I have become much more forgiving. I also try to look on the lighter side of life. I have learned to respond and not react so quickly. I was surprised that when I looked at myself in early recovery that I was pretty judgmental

Mrs D: How else did your life change?

Laurie: My life has changed dramatically. I am finally becoming the woman my higher power created me to be. This spirit of mine was not meant to be stuck in her room sneaking drinks. I wasted so many years putting drinking first.

Laurie: I finally quit smoking in my 3rd year. That was really tough. I love being outside. Love gardening and reading. Have been traveling a bit and just enjoying life for what it is. I am still working full time but should be retired by next year. I have a lot of things I want to accomplish. Also I would love to volunteer for the Red Cross. I remember my husband asked, when I was still drinking, what I was going do when we retired. He said he was worried that I was just going to drink all day and I wanted to ask him if that was really an option because it sounded good to me at the time lol.

Laurie: I don’t think so. I needed to go thru everything I did to be where I am today. Joyous, happy and FREE.

Mrs D: True freedom! Any advice or tips for those who are just starting on this journey?

Laurie: Stay in the life boat!!!! Relapse is not a requirement. I never heard a good relapse story. Fight for yourself. You deserve to be happy. You are the author of the story of your life.

Laurie: I wish I had started this journey a long time ago. So many wasted years of just doing the minimum so I could spend the rest of my time with my best friend Alcohol. Even though alcohol treated me so bad in the last few years it was like an abusive relationship where I kept going back. Some of my drinking years were heartbreaking and tragic. I lost a lot. But my story is mine and it unfolded the way it was supposed to I believe.