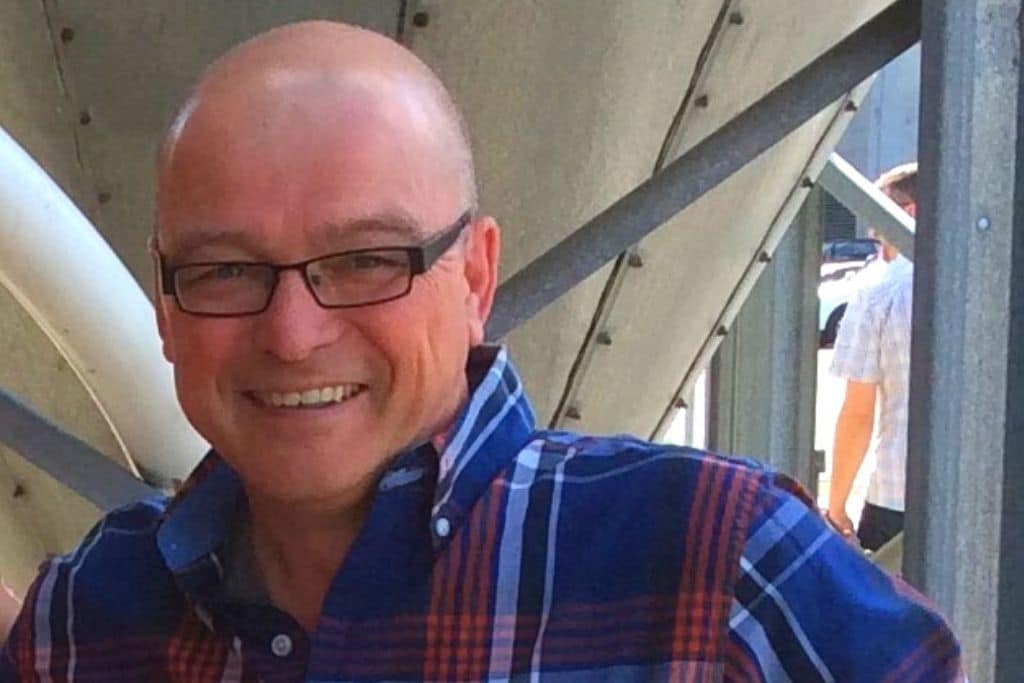 This week's Sober Story comes from Graham (@hammer123), a 59-year-old from Manitoba Canada.

Graham: I had struggled with my drinking from the outset. In the last 15 years it began to pick up speed and I had become a daily drinker. On the really bad nights I would be passed out on my office floor or on the couch, or even worse, still awake when my wife got home from her evening shift. I could always rationalize having one more quick one before she got home, since I always felt in control until I woke up in the morning.

Graham: I woke up one Monday morning to a tiny little note on my usual spot in the kitchen. The note was from my wife and it simply stated: “Okay. I think we have tried this limiting the drinking. It’s not working. You need to come up with a plan. It’s now your choice, me or the booze.” That was the push I needed, I had wanted to quit for years but things had to escalate to this point to move me in the right direction.

Graham: The early days were tough, all the firsts. Getting through the witching our, that first weekend, that first social gathering, the first time at a bar or winery. First sober vacation, I almost caved then but I had about 9 months of sobriety and I just couldn’t let myself down or give others the satisfaction of seeing me fail. Telling people that you have quit drinking is tough and you end up telling the story many times.

Graham: My wife was very supportive and she enjoyed the positive changes in me so much that she decided to quit drinking also and has been alcohol free for 3 years & 6 months. Most of my other family and friends were surprised that I quit. I think that is due to this being such a drinking society. Most people are very supportive and are split into two main camps where they either defend their own drinking habits or they admit that they have been thinking of cutting back or quitting. Quite naturally some drinking friendships just slip away.

Graham: I have never had a relapse but I did have trouble getting started. I knew I had to make a change but I clung to the idea that I could moderate, that is until I read the note!

Graham: Physically it was not long inside of 3 months. I could feel the anxiety in my body on the way home from work knowing I would need to deal with not drinking. I ate a lot of ice cream and chocolate early on and I allowed myself to do it. Emotionally I was a wreck, very short tempered at times, switching from euphoria to utter despair. It was like breaking up with a super hot toxic girl. In the evening I missed her so much but in the morning I was so happy I had give her the swerve.

Graham: At first it was very difficult. I thought everyone would see me as less, as a failure. There is so much negative energy around having a drinking problem. In reality most people are very supportive and they see that you are doing something that is positive for you and your family. As many members have said it is important to arrange your own way home. I have left my wife at a party when she was having fun and it was too much for me. On my golfing weekend with my high school buddies I generally turn in early when things start to get out of hand. When you're sober it is easy to identify when things are going to take a nasty turn. Now four years in, I have very little problem socializing. I bring my own alcohol free drinks, or I can find an alcohol free beer at most places or just stick to ice tea or water.

Graham: Like many people I found I am more of an introvert. Drinking was my way of being a little more social. Unfortunately I couldn’t stop after two so it made socializing even more difficult. I spent a lot of time trying to find just the right amount of alcohol to make it all work to my benefit with zero success. So now I need less people and less interaction and now I have to make sure I don’t live in isolation. I am lucky that I have a very social spouse and she helps me to stay connected with friends and family.

Graham: The most important change is that I am no longer a slave to poison. I spent a lot of energy thinking about drinking. Making sure there was enough drink in the house, figuring out how long I had to stay somewhere before I could come home and drink to my hearts content. Agonizing over whether to drink tonight, feeling shame about waking up with a hangover only to start all over that evening. I am much happier and healthier.

Graham: After 3 months I kicked the ice cream and chocolate and began walking and then running our lake trail. I dropped about 20lbs and it was noticeable and when you look good then you feel good about yourself. I think people would agree that I am a better husband and father. I am a better friend and employee. My head is clearer, I think better, I have used a lot of my drinking time to learn yoga and to meditate and both these things have made me a kinder and gentler person.

Graham: I would love to say get on the sober path earlier, but I think I had to go through what I went through and lose what I lost to get to the point where I could quit. I would have thought more about why I was quitting and how I would explain my reasons to others. I had to explain this a lot through my first year alcohol free and I always found it difficult because I hadn’t thought it through clearly enough. It’s a hard discussion at the best of times and I could have been better prepared.

Graham: @rosemaree has said this, or a version of this, many times and I find it very helpful. “You have to make up your mind that you are not drinking anymore, no matter what.” Once you have done that it is a matter of coming up with a plan and then working that plan. I like to say that nothing is good enough or bad enough that drinking won’t make worse. My friend had a tee shirt once that said "instant asshole, just add alcohol". That holds true for a lot of people.

Graham: What we are doing is hard but it can be done. I don’t think I could have done it on my own for this long without the help of others. There are lots of books, podcasts, support groups - keep trying until you find what works. My main support has been this community. I found a day friend @jocord here in my first month and that made a huge difference. Someone on the same path at the same time sharing the same experiences. I don’t know what other word to use other than friends - I have met so many friends here, people that I have never met in person but friends just the same. I am grateful to all who have shared and supported me on this journey. Sobriety is a gift. It will show you who you are and who you can become. You’re stronger because of the struggle. Don’t look at it as something that’s supposed to break you, it’s supposed to make you.