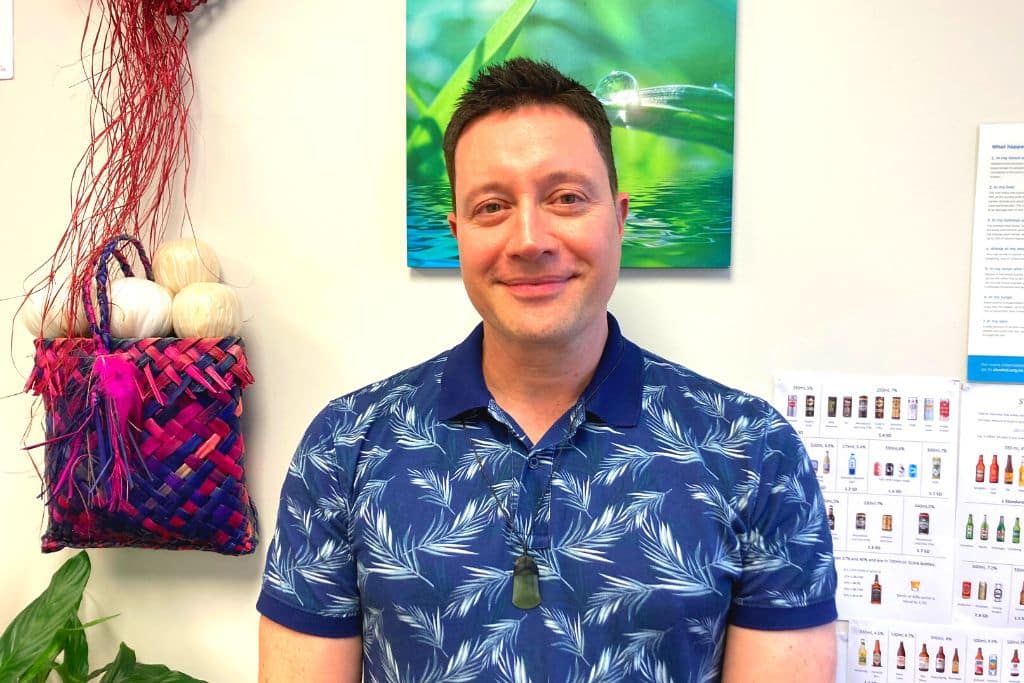 David: About nine years with a couple of lapses but this last episode of sobriety has been six years and ten months.

David: I drank from a young age and then as I entered my late 30s, early 40s, I realised I didn’t drink like other people. By that I mean I’d drink to get really intoxicated quite quickly. I was focused on not the taste of different types of alcohol or the experience of socialising with others. I’d prefer to skull quite quickly and then just enjoy the immediate effect. I would tend to drink alone in the last years/months of my alcohol use and to the point of blackout where I’d be unable to recall watching a film, enjoying a meal or engaging in conversation with others around me.

David: I had a significant mental health episode which resulted in a period of depression and being estranged from some of my family for a while. There was no real defining moment but rather a series of negative consequences that led me to seek sobriety. For example, I was really unfocussed at work and around 3.30pm in the afternoon (standard 9 to 5 job) I’d be really wanting to leave and get to a bottle shop. I’d be so relieved when I’d get home and start drinking. I wasn’t really interested in maintaining any of my friendship networks unless alcohol was involved but even then I’d prefer seclusion when drinking rather than social occasions in public venues.

David: It was a real struggle initially, some days I just wanted to cry, as I felt so overwhelmingly hopeless and sad. I also grieved the loss of alcohol and the associated good times, even though I hadn’t really had any good times for a number of years. For example, I’d avoid work functions and Christmas parties as I would get too intoxicated but then once I stopped drinking, I’d also avoid them because I hadn’t learnt to socialise without alcohol. I would struggle early on with intense cravings that just wouldn’t seem to dissipate. I’d feel very anxious at any social event and found it difficult to be around friends who were still drinking. I didn’t want to lose the connection with these friends, but I had to navigate a new type of connection with them that didn’t involve me using alcohol. With some social networks I was too insecure and almost embarrassed to disclose my decision to live in a sober way. Unfortunately these connections were lost over the passage of time.

David: Apart from two short stints in private rehabilitation clinics I also tried group work through public and private clinics and counselling with both specific addiction counsellors and psychologists. I ended up attending Alcoholics Anonymous and although I was quite resistant to it I did manage to get periods of sobriety and eventually started to feel much better because of this.

David: Friends and family were all quite supportive as they could see a real and meaningful change in me and my behaviour. They commented on the difference in me compared to when I would drink. Some of my friends questioned whether I needed to stop drinking and if it was really something I wanted. Others were happy as it meant we could go out to dinner, and they could consume a nice bottle of wine at a leisurely pace whereas I would previously drink very quickly with no consideration as to the type of wine it was. A $5, $50 or $500 dollar bottle meant nothing to me and would all be consumed in a binge type manner.

David: Yes, there have been a couple of relapses from when I first started my sober living journey. They weren’t catastrophic but did cause some friction with some family members who were concerned I’d resume drinking problematically again.

David: Probably around the three-to-six-month mark life seemed to get a little easier. I had a regular physical fitness regime which really helped me to feel better. I was still In AA and although I’d never felt comfortable there it did work for me more than other interventions. I started to relax a bit more and became more accepting of this new lifestyle.

David: This was a real struggle initially. Looking back, I understand why I struggled so much. I wasn’t proud to be sober, I’d felt like a failure in that I couldn’t drink in moderation or without problems. I socially withdrew for a while or had to change social networks. For a long time I’d avoid particular groups and events or I’d always have to have these exit strategies to leave a social event quickly if I felt too overwhelmed. I couldn’t be in pubs or clubs with lots of intoxicated people. Some events like lunches or dinners were fine. It really depended upon my own mental state of mind at the time and the social event. I was fine with close friends and family. Larger events with less intimate groups who I didn’t know well were more difficult to be at.

David: I learned that a lot of my mental health struggles (anxiety and depression) was caused solely through my alcohol use. It was a real relief to not have the negative emotions and feelings, constant rumination and self-doubt. Negative emotional states didn’t entirely disappear, but they mostly did and were never as intense ever again.  I learned to become more comfortable with myself and my choices and to embrace them.

David: My life changed ultimately for the better. I experienced improvements, physically, mentally, emotionally and financially. I was never a spiritual person, but I was certainly more open to this domain. My relationships improved in all domains both personally and professionally. I felt better and looked healthier. Whereas before I’d use up all my sick leave over the year, I would no longer need to do this. I’d feel well, confident, happy and I had more resilience to deal with the usual life events that would occur without needing to use alcohol to manage.

David: Improved relationships with my partner, family, friends and colleagues. An overall sense of wellbeing that I have managed to sustain the entire time I’ve remained sober. Less periods of poor health (physically and mentally). Appreciation for my loved ones and my sober life.

David: No I don’t think I would do anything differently. This was my own unique and personal journey. I needed to experience both the positives and negatives to really appreciate and understand what living a sober life means to me. I now wouldn’t change it.

David: Don’t give up no matter how difficult or impossible it seems at first. Even if you keep lapsing, keep trying. It really does get better and eventually you’ll be living a life that is so far removed from the issues that alcohol causes – you’ll be like a different person. It is always challenging at first, but it really does improve. I would also encourage you to be proud of and take ownership of being sober and being in recovery. It will be much easier to sustain if you embrace your new identity and are proud of it. Nurture it. Eventually recovery will become second nature and won’t require much maintenance at all.

David: If your recovery isn’t working, do not be afraid to try a range of different options. Everyone is different, what works for one person may not work for another. Be open minded. Do not give up, keep going!