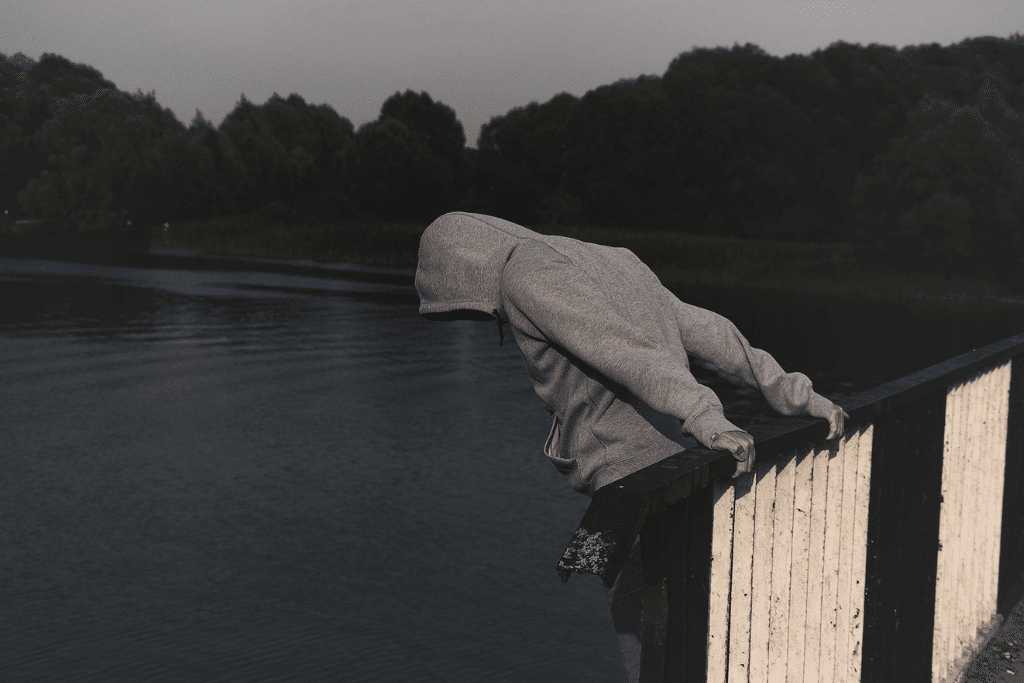 This week's Sober Story comes from Benny, a 28-year-old living in the Metro Detroit area, USA.

Benny: To sum it up, it was a living hell. Every day I would wake up and promise myself I would not drink that day and by the evening I was intoxicated once again. I was a hardcore drug user and excessively taking ADHD medication such as Adderall, Vyvance, and Ritalin. I would abuse pills throughout the day and take sedatives at night, whether it was alcohol or a benzodiazepine. During the last month of my drinking, I was detached from reality, friends and family, but also myself. I was isolated in my dark, cold dorm room and suffered from extreme paranoia for weeks. I gave up going to school and the only person I was in contact with was my drug dealer.

Benny: I had been to drug rehab before and always relapsed afterwards. I had tried to get sober on my own more times than I can count. There were many situations that I can consider the final straw that led me to sobriety. However, the most notable was on an overcast chilly October day. I was on an Adderall bender. I didn't rest or sleep for five days. One morning I took a handful of Adderall in an effort to take the pain of addiction away. I knew it wouldn't, but I was seeking any sort of relief. The damage this dosage caused to my brain led to a drug-induced psychosis. I was having small hallucinations here and there from the chemicals and a lack of sleep, but this time was different. I was in my own reality and my heart was racing. I had an awful reaction. The hallucinations got so real and my heart rate was beyond thumping. That day I ended up in the psych ward with very little recollection of how I ended up there. I had never been so afraid in my life. I could have died and that was enough for me to want to change.

Benny: I had a different experience than most do in early sobriety. I was stuck in a drug-induced psychosis for the first four months of sobriety. My life was consumed by Alcoholics Anonymous meetings every day and sometimes two a day. I found guidance, friendship and strength through these meetings. To say early sobriety was fun and easy would be a lie. However, I did learn it was possible to live a life without the use of drugs and alcohol. I also learned how to have fun once again. The most difficult part about early sobriety was dealing with my emotions. Since I started using drugs and alcohol that is what I used to deal with my emotions. If I was happy I used, if I was sad I used, if I was anxious I used, and if I couldn't handle a situation I used. Now that the drinking and drugs were out of my life I had to find new ways to cope with my emotions. It was also very hard leaving my old friends in the past.

Mrs D: What reaction did you get from family and friends when you started getting sober?

Benny: My family and close friends were very supportive of me while getting sober. Everyone close to me knew I had a problem and were more than grateful when I started recovery. At first they were very skeptical because of my history with relapsing after treatment. But once they realized I was serious this time around, I received nothing but loving support from everyone close to me. My mother was especially helpful as she stopped enabling my behavior and sought help through Al-Anon. I have amazing relationships with everyone close to me in my life today.

Benny: I experienced many relapses before actually surrendering. I was constantly in trouble as a teenager and tried quitting many times on my own. This always resulted in me going back to the drugs or alcohol. My first experience with trying to become sober, I was 15 years old. I failed and did not get sober until I was 19. Each time I relapsed my addiction got worse and worse. Each time I gave away my sobriety, the alcohol refunded my misery.

Mrs D: How long did it take for things to start to calm down for you emotionally and physically?

Benny: Getting over the physical pain was less of a challenge. It only lasted a few weeks. The emotional pain took a long time to heal from. It wasn't until at least six months into my sobriety that my emotions calmed down. I was so used to being numb all the time that when I was confronted by my emotions, I often freaked out and didn't know how to handle it. However, after working through the 12 steps of AA I quickly learned how to deal with my emotions without the aid of drugs or alcohol.

Benny: It was very hard in the beginning. I had very low self-esteem and had an extremely hard time looking anyone in the eyes. But after practice, building up my self esteem and going to AA meetings I quickly learned how to socialize. I have always been a social person so after building some confidence I had no issue at all. I went back to school right after I left drug rehab and got a degree in communications. Upon taking many communication classes I became very comfortable socialising in any situation.

Benny: There are surprises all the time. At first it was simple things such as the ability to make people smile. Simple gifts in life such as cracking a joke to make someone laugh when they are having a bad day. I was surprised at the fact that people actually liked me when I wasn't intoxicated. I used to think people only liked being around me because I was the life of the party or someone they could go to and score drugs from. But after gaining experience in sobriety I learned that people actually enjoyed my company and I wasn’t the “prick” I thought I was. The most surprising thing I learned about myself is that I can do anything as long as I am sober and I have sufficient reason to do it.

Benny: I could write a book to fully answer this question. My life is 100 times different than it was nine years ago. I went from being a lonely drug addict with virtually no goals, no aspirations, no friends and no family to a productive member of society. When I was using drugs I honestly didn't think I would make it past the age of 21. Now, I am 28, working a dream job sharing my experience to inspire others, and constantly growing. Nine years ago I was a hopeless, miserable human being. Now, I consider myself an inspiration to others who are struggling with addiction.

Benny: There are so many benefits of being sober. The most important one is the fact that no matter what happens, I am experiencing everything with a clear mind. I live every day to the fullest and understand that every day I am sober is a miracle. The benefits from sobriety are endless. People respect me today and can count on me today. I grew up in sobriety and learned a level of maturity that I would have never experienced while using. I don't have to rely on anyone or anything to make me happy. One of the greatest benefits from sobriety is that I no longer live in fear.

Benny: There is not one thing I would do differently. My life journey serves a purpose and everything I experienced was for a reason.

Benny: For anyone starting this recovery journey the number one thing I can tell them is to never give up. There will be times where it seems like the drink or drug is the better option, but it never is. Find help and guidance in any way you can and actually take action to become a better person. Life can get easier. In the beginning it felt as if the world was constantly crashing down on me, but after it was said and done, I realized I would be fine. Everything will be always be okay and remember this too will pass.

Benny: No matter what, sobriety is worth it. I have learned firsthand that my life will continue to get better as long as I stay sober. I have many friends who have relapsed and try drinking or using drugs in moderation and they fail every time. Some of these people found their way back into recovery, but some are no longer with us. If you are a drug addict or alcoholic remember this is a fatal disease. If you continue on the addictive path you are on you are most certainly going to die. As harsh as that might seem, it’s true. If you want a better life, make the right decision and seek help.