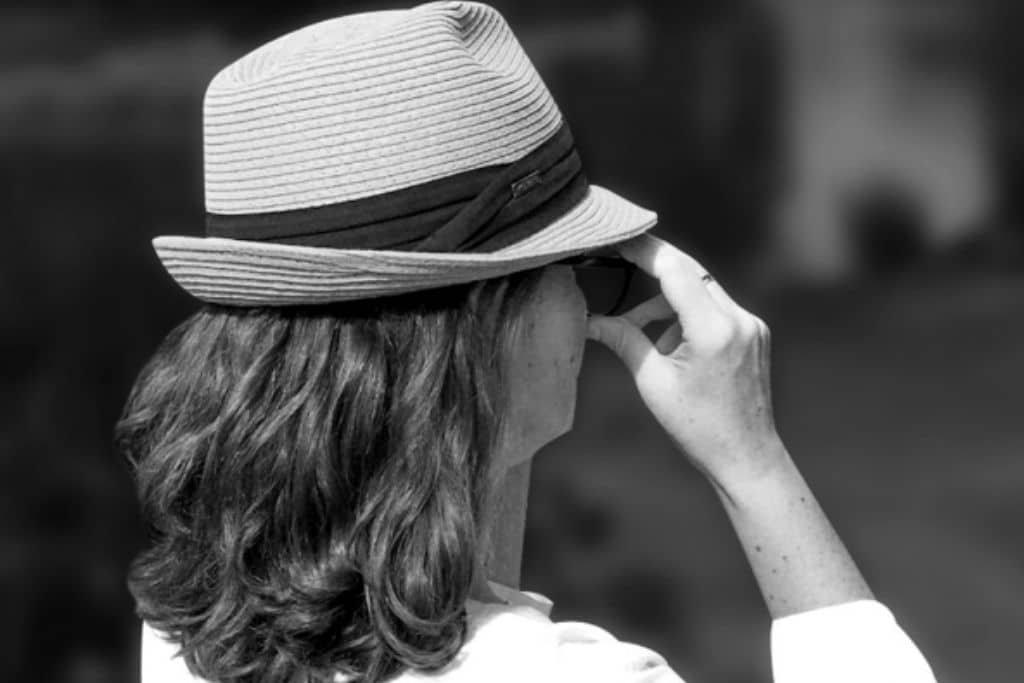 This week's Sober Story comes from Belle, a 52-year-old living in France.

Belle: I haven’t had a drink for 6.5 years. I don’t say that I’m in recovery. I say that alcohol is bad for me and so I don’t do it, like lots of other things I don’t do. I don’t eat ice cream. I don’t sit backwards in the car.

Belle: I was on some kind of weird auto-pilot, repeating action. Doing things that didn’t even made me feel good. I didn’t think I was an alcoholic and so all of those online quizzes never really helped me. I drank right up to my planned quit date, and my last drink I sort of choked down. It wasn’t very romantic.

Belle: I don’t know why, but I didn’t have a bottom. I had a slow decline. If booze is an elevator that only goes down, then I was heading down. The final straw was I decided to do a very short 30-day Dry July ‘experiment’ – and then I liked being sober (well, I liked it more than I liked fretting about over-drinking). And so I’ve stayed this way (sober that is).

Belle: I think the hardest thing was thinking that I could do it all alone. I didn’t realize that the problem with drinking is the thinking (thus the name of my blog – tired of thinking about drinking). Once I found the online sober blogs, things really changed for me. It was like ‘Oh look, I’m not alone!’

Belle: I didn’t make any great declarations. I’ve told different versions of the story, including that it affected my sleep and I have to get up early for catering (true). That I wanted to lose weight (true). That it just doesn’t suit me (definitely true). When I saw my family most recently, I said “I’m not drinking these days” and nobody gave a shit.

Belle: I didn’t find it that hard. The hardest part was in my own head. I have a weird hesitation when it’s time to order my drink from the waiter. And then it’s over. It does become painfully clear to me now, though, that other people drink WAY less than I thought they did. Well, less than I did.

Belle: Was there anything surprising that you learned about yourself when you stopped drinking?

Belle: Um, probably I’ve learned something every day. I don’t think I can answer this in any coherent way. I wrote a book, and I’ve recorded hundreds of sober audios. I am learning shit every single day. The biggest thing is that I can count on myself now (to show up, to do what I say I’ll do). Not being able to count on myself was one of the hardest parts of drinking for me. And now that I’m sober, I sleep better. And generally feel a lot better. It’s not all sunshine and daisies rocketing out of my ass. I still have rotten crappy days. But nothing that would be ‘improved’ with the addition of alcohol.

Belle: Well, for starters, it was probably the first time in my whole life that I was totally honest about what was going on inside my head. I started a blog and was completely transparent about everything I was feeling. What a relief that was. And then people read your blogs (the internet is like that!). Then I started having sober penpals and that really changed things, because I had a daily check-in with other newly sober people. It really reminded me that day 1 sucks rocks.

Belle: Less money spent, less dumb calories, much better sleep. And I feel proud of myself. I try to keep my gloating internal, but writing about it like this makes me feel brag-y.

Belle: I’d reach out for support sooner. I wish I could have learned that my brain that says “these sober things won’t work for you” is still all the booze voice saying no. Our brain defaults to “that sober tool – meeting – audio – medication – counselling – blog – reading ... that won’t work for me.” Turns out we all hear that. I wish I knew that sooner.

Belle: Reach out 🙂 A lot. More than you think. If what you’re doing now isn’t working, then add more stuff. It’s not about trying harder, it’s about trying different. If you’re not continuously sober, then you need more stuff. Nothing to do with what somebody else needs, it’s about what you need. I email penpals about this all the time. It’s hard to hear (which is sometimes why audio is good, too, gets into your head in a different way).