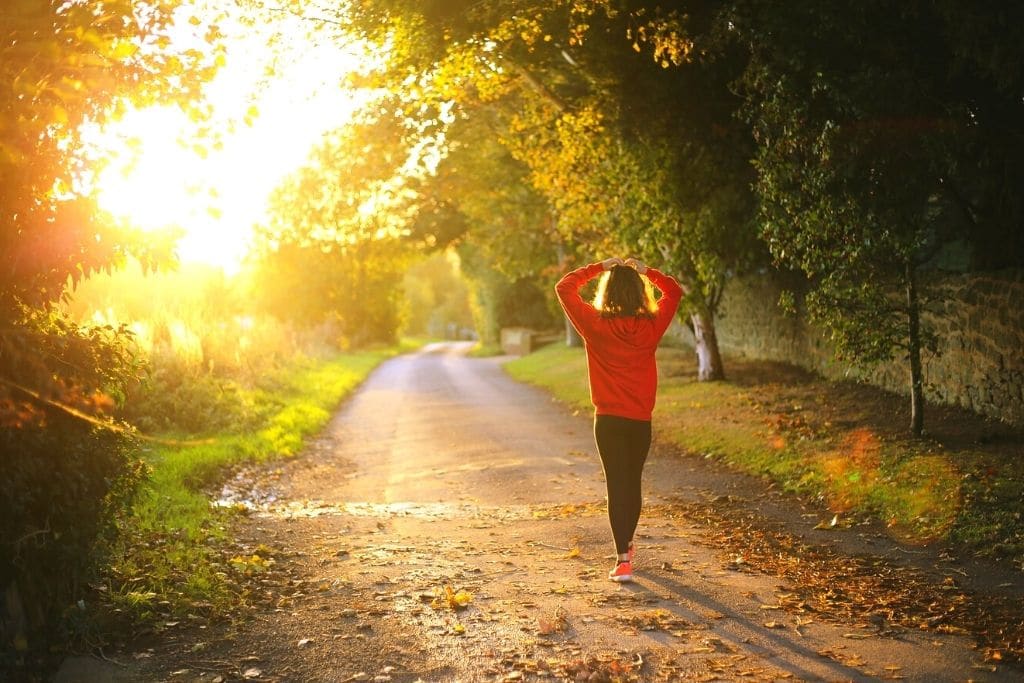 Anna: Drinking had always caused me pain, ever since I had my first glasses of bubbly wine as a young teenager and suffered crippling anxiety the next day. As soon as I was introduced to booze I was hooked on the release it gave me from my insecurities and I was convinced that it made me more fun. I held on to that belief for so long, even when the world was telling me that the way I drank hurt people and rendered me pathetic. Over the years the pain of drinking grew and grew and the last few years were an intense ride filled with guilt and self-loathing, suicidal thoughts and unhealthy relationships. I was in my mid-thirties, divorced with two children. I managed to function on one level with a busy job and running the household, but I see now how that veneer was so thin and the cracks underneath were there for everyone to see. I was drinking 1-2 bottles of wine every night. All the way home from work I would bargain with myself that if I had a drink tonight I would have the rest of the week off and so on ... and on ... and on ... but I would then just end up buying two bottles. It was exhausting. I was commuting for an hour and a half each way to work and every day was spent hungover to some degree. It’s hard to imagine how I did it now.

Mrs D: Was it always this way for you?

Anna: I was always a binge drinker, going out for huge sessions with friends and work mates and blacking out to wake up crippled by shame. As I got older instead of giving up the drinking I took it indoors alone. Occasionally it would get me at a social occasion though and I would make a huge fool of myself.

Mrs D: Yep me too. What happened that made you stop?

Anna: There was no one moment, I think a case for sobriety was built up over several years. Everywhere I turned in the end I could see the destruction it was causing in my life and feel the shame of all those drunken mistakes. I can vividly remember one day thinking: I have two choices, I can drink or I can be happy. The choice suddenly seemed obvious and I stopped. Shortly before that my partner and I had resumed our relationship after an 8 month separation. When we got back together I asked him “what about the drinking?” He told me that there was enough to love about me that he could put up with the drinking. I think that made me realise that I still had something to give and that it was worth putting the effort in to get sober because I was worth it. I will always be grateful to him for allowing me to see that.

Mrs D: Oh that's so lovely. How was it for you in the early days? What was most difficult?

Anna: For whatever reason I didn’t crave the drink when I finally gave up. I don’t say that to make it sound easy, I had probably tried to give up and failed a hundred times before I succeeded. This time I simply didn’t pick up a drink. People around me offered to stop drinking as well, and to take it out of the house, but I didn’t need that. The strength of my desire to be happy was enough. It was lonely though, I went to AA every day for the first few weeks. I just sat there and cried. There was so much sadness in that church hall you could almost see it in the air. A lot of the people in that particular group were still drinking so there was a lot of pain. I stopped going to AA and trucked along on my own. I wished I had someone to share it with, my family were very supportive but it would have been helpful to connect with others doing the same thing. Probably the most difficult thing for me was trying to work out who I was. I felt the drinking was so much a part of me that I didn’t know quite how to behave anymore. I didn’t realise how introverted I really am, I can appreciate that about myself now that I have a clear head.

Mrs D: It's interesting how many people get sober and figure out they are actually quite introverted. How did your friends and family react to you getting sober?

Anna: I only spoke to my partner and my parents about it in the beginning. They all knew I had been struggling with it for a long time. I think they were pleased, probably a bit sceptical about whether I would succeed. That didn’t worry me though because my resolve was strong and I didn’t need to convince anyone else. I didn’t mention it to friends until months down the track. I had slowly withdrawn from socialising as the addiction got worse and I wasn’t seeing much of people anyway. I opened up to close friends probably 6 months after I gave up. I made light of it really. I didn’t feel comfortable discussing how bad it was before I gave up. The shame was pretty raw. My friends were so pleased for me, and sort of amazed I think.

Anna: Yes, once. It was around 6 months after I gave up. I drank two bottles of wine at home on my own. I can’t remember what had happened to trigger it but I had convinced myself that it was a bad enough day that I needed a drink. I was so ill and twisted up with anxiety the next day that it ended up being the best possible reminder of why drinking could never be a part of my life again.

Anna: I wasn’t aware of any physical withdrawal. I felt incredibly sad for a week or two. I think that sadness was always there I just wasn’t allowing myself to feel it. When I stopped drinking it sat there like a fog, and then just a few short weeks later it just started to lift. I can remember going for a walk and feeling amazing. I was even a bit scared, it sounds silly but I thought I was going crazy. I didn’t recognise the feeling of a normal level of happiness.

Anna: I enjoy it now, it’s a source of pride to go out and really enjoy myself and then drive us both home safely. Not having a glass of wine before going to an event does make the first 5 minutes a bit more nerve wracking but it helps to remember that everyone feels the same way. Mostly I worried that people would not want to be around me because I was sober, that I would make others feel awkward. I don’t worry about that now, if I make people feel uncomfortable then it could be because they suspect they have a problem with the booze. Maybe in some way it might help them to see me sober and enjoying myself.

Anna: Things just slowly but surely got better and better. Within 4 years I moved from an entry level customer service job to a senior management position with a team of 50. My relationship with my children, my partner and my family were transformed. I gained control of my finances, paid off debt and organised my insurances and all of those grown up things that I was too stuck to deal with. What I realised early on is that life doesn’t stop chucking bad stuff at you just because you’re sober. I think I thought it was a cure all but it’s not. About a year after I got sober we started trying to have a baby. Over 3 years we lost 12 babies, many were very early on but two of them were in the second trimester. One at 19 weeks and another at 24 weeks. It was utterly heart breaking to give birth to those tiny still babies and every time it happened I thought I could not survive another loss. But we did, we kept on and we were strong. People said “how can you handle it without wine?” but I know if I had been drinking I would have torn myself apart. I absolutely believe the quote “there is no situation that alcohol can’t make worse”. We have our son now, and to care for him without giving the booze a second thought is the greatest thing.

Mrs D: Congratulations! I'm so happy for you. Aside from your wonderful son can you identify any other main benefits that have emerged for you from getting sober?

Anna: Its immeasurable really, every day feels like a gift. Being surrounded by my family who all laugh with me, confide in me and love me with all their hearts. I know I could not have that if I had kept drinking. Life still happens but without drink I now have a strength and resilience that gives me the confidence to take stuff on.

Anna: I wish I had done it earlier and I should have looked harder for support and other people’s stories so that I didn’t feel so alone with it. It wasn’t pretty, but it worked and that’s all that matters.

Ana: You cannot foresee how your life will change for the better in front of your eyes when you give up the drink, but it’s there waiting for you. Keep looking for what works, join communities like this one, go to AA, get a counsellor, read books, listen to podcasts – just keep going and going until you find it.